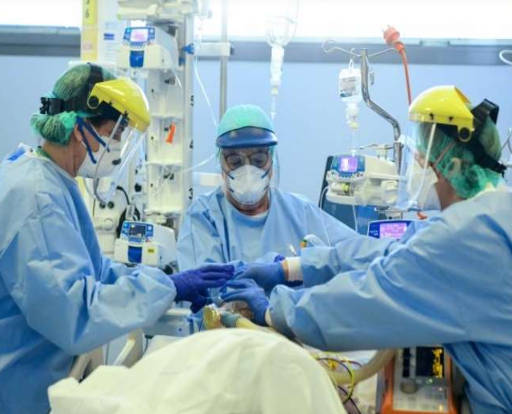 New Delhi The growing infection of Corona in the country is not stopped. More than eight thousand new cases were reported on Tuesday while over two hundred people also lost their lives. With this, the number of infected in the country has reached close to two lakhs, while the infection has caused more than five and a half thousand deaths. The devastation of Corona continues in Maharashtra. On Tuesday, 103 people died of the infection in the state.

According to a bulletin issued by the Union Health Ministry, 204 people have died from Corona in the last 24 hours while 8,171 new cases have been reported. With this, the number of infected in the country has reached 1,98,706 while 5,598 people have died. The reason for the difference in data from the Ministry of Health and other sources is the delay in getting the data from the states to the central agency. Apart from this, many agencies collect data directly from the states.

India is far from the climax

According to the information received from the states, the maximum on Tuesday was 103 in Maharashtra, 33 in Delhi, 29 in Gujarat, 13 in Tamil Nadu, 10 in Bengal, seven in Uttar Pradesh, six in Madhya Pradesh, four each in Rajasthan and Telangana, Jammu. Three people died in Kashmir, two each in Punjab and Haryana and one each in Chandigarh, Chhattisgarh and Kerala. Amidst the rise in corona virus cases, the central government said on Tuesday that India was far from the peak of the disease and preventive measures were effective.

The Corona epidemic continues to wreak havoc in Maharashtra. On Tuesday, 103 people died and 2,287 new cases were reported. The number of infected in the state has reached 72,300 and so far 2,465 people have lost their lives. In Gujarat too, the infection does not seem to stop. The number of patients has increased to 17,632 with 415 new cases. So far 1,092 people have died in the state.

A record 1,298 new cases were reported in the capital Delhi on Tuesday and the number of infected increased to 22,132.

The crisis is also deepening in Tamil Nadu and Kerala. More than a thousand cases are being reported continuously in Tamil Nadu for the last few days. Cases are also increasing rapidly in Kerala. The number of infected has reached near 25 thousand with 1,091 new cases in Tamil Nadu. However, Kerala has also been infected with 1,412 cases with 86 new cases.

Over 85 hundred infected in Uttar Pradesh