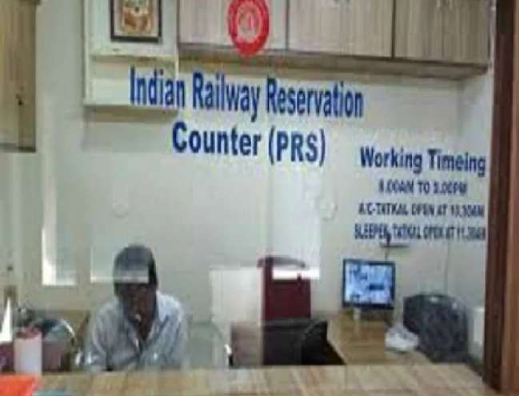 New Delhi, Jagran Bureau. After the fourth phase of the lockdown, there was a rush of tickets on Thursday for the regular trains starting from June 1. With the opening of online window, there was tremendous traffic, for which the Railway Ministry was fully prepared this time. As of 4 pm, tickets for 5.51 lakh passengers were booked for tickets for a total of 101 trains.

Railway Minister Piyush Goyal said in the wake of the ticket booking, “From Friday, the railway ticket booking will start from about one lakh two lakh Community Service Centers (CSCs) in the country.” Railways has said that apart from this, tickets will also be sold at select reservation counters at railway stations and railway premises. Full refund will be provided for tickets canceled for special trains running from June 1.


People are getting tickets for return too

Also Read: Online booking on IRCTC for 200 trains to begin at 10 am today

The number of trains will increase, the protocol will be issued for booking through the ticket window

From June 1, it has been decided to run a total of 200 trains AC and non AC for different states of the country. Railway Minister said that soon the number of trains will be increased. Goyal said that in view of the convenience of railway passengers, ticket booking facility will be provided at some railway stations soon in the next two-three days based on the new protocol. This decision is being taken keeping in mind those who do not have facilities like computers or mobile apps in remote areas.

Shops and stalls running on platforms were opened


CSC CEO DC Tyagi said that the software of these centers opened at the panchayat level in rural areas already has a link to IRCTC. The reservation will be operational with immediate effect after the permission of Indian Railways. The Railways is trying hard to make the situation normal. Under this, shops and stalls running on the platforms of all railway stations have been opened with immediate effect.

So far 101 train booking has been started


However, booking of tickets for trains going to the states where Corona is more effective has not been started. But soon, with the improvement in the condition of such states, the sale of tickets will be opened for them. This is the reason that so far booking of tickets for only 101 trains has been started. Railway Minister Goyal said that so far 2050 laborers special trains have been operated for migrant workers to return to their homes, bringing a total of more than 3 million people to their destination. Workers’ special trains will continue to operate based on the consent of the states.