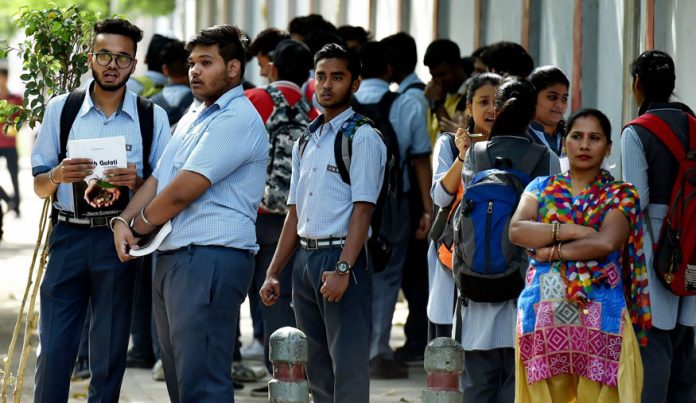 Nearly 7.97 lakh students in the Uttar Pradesh (UP) – known as the Hindi heartland – have failed in Hindi in the UP Secondary Board examinations for class 10 and 12, the results of which were announced on Saturday (27 June).


According to the Board officials, around 2.70 lakh students failed to secure passing marks in Hindi in Intermediate, while 5.28 lakh students in High School failed in their Hindi paper.

Around 2.39 lakh students of High School and Intermediate of the Board had skipped their Hindi papers.


A high school teacher who evaluated Hindi copies for class 12, said on condition of anonymity, “Many of the children did not know simple words like atmavishwas and wrote ‘confidence’, albeit with a wrong spelling. Some of them wrote ‘suffer’ for yatra. This reflects their level of the knowledge of the language,” she said.

She further said that majority of the students tend to ignore Hindi because they feel there is no need to study the language which does not offer future prospects.

Board officials, meanwhile, said that the number of students failing in


Hindi was around 10 lakh last year. Around 56 lakh students had appeared in the Board examinations of the UP Board this year.