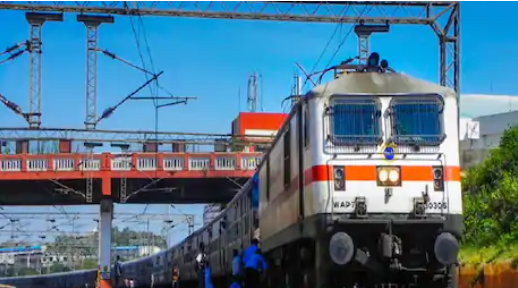 Railway official informed on Monday that trains running between Howrah (Howrah) to Delhi (Delhi), Mumbai (Mumbai) and Ahmedabad (Ahmedabad) will now run once a week instead of daily.

Kolkata. Indian Railways has reduced the number of trains running from Howrah to Delhi, Mumbai, Ahmedabad. Railways have done this after the request of West Bengal Government. Railway official informed on Monday that trains running between Howrah to Delhi, Mumbai and Ahmedabad will now run once a week instead of daily. This has been done after the request of the Government of West Bengal. The reason behind this decision is due to the fast growing coronavirus cases in Bengal. Earlier, the Bengal government had also requested a stay on flights coming from several cities, after which any passenger flights from Delhi, Mumbai, Chennai, Pune, Nagpur and Ahmedabad to Kolkata from July 6 to July 19 were closed. has given.


On June 30, West Bengal Chief Secretary Rajiv Sinha requested the Civil Aviation Ministry to cater to the increase in Kovid-19 cases for the state from cities like Delhi, Mumbai, Pune, Nagpur, Chennai, Indore, Ahmedabad and Surat. No flights should be operated between July 6 and July 19. Significantly, India resumed domestic passenger flights from May 25 after a gap of two months due to a lockdown to prevent the spread of the corona virus. International passenger flights to India are still suspended.

Kolkata airport tweeted information
“It is reported that no flights will operate from Delhi, Mumbai, Pune, Nagpur, Chennai and Ahmedabad to Kolkata from 6 to 19 July 2020 or until further orders,” the Kolkata airport said on Twitter on Saturday. Sorry for the inconvenience. “The airport said in another tweet,” This temporary ban on the request of the state government to curb the arrival of people from cities with more cases of corona virus to stop the spread of Kovid-19. It has been imposed. “The


In a letter to the Civil Aviation Ministry on 30 June, Sinha said, “As you know, the corona virus is spreading rapidly across the country.” There is widespread spread of epidemic in some states, although we absolutely believe that all state governments are equally vigilant and are active towards curbing the spread. Are growing rapidly. A large number of infection cases have been reported from people coming from outside the state.

The Chief Secretary said that the West Bengal government has decided to stop or reduce the movement of flights and trains coming to the state.

It is worth mentioning that West Bengal Chief Minister Mamata Banerjee had requested the Central Government to stop domestic flights coming to Kolkata from the states with more cases of Kovid-19 till 31 July.