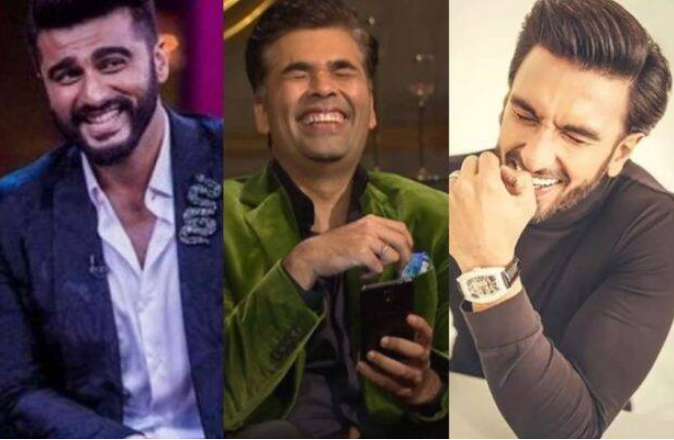 Ranveer Singh, Arjun Kapoor, Karan Johar: Karan Johar in his chat show Koffee with Karan calls for star-celebs to drink coffee and have fun together. Kamal R Khan shared a video on his social media account.

Because of this video, KRK seems quite upset with Ranveer Singh, Karan Johar and Arjun Kapoor. In the video, Karan Johar is seen playing rapid fire rounds with Arjun and Ranveer. Who asks Ranveer in Rapid Fire- ‘Who do you think Icon Khan is?’ So Ranveer Singh takes the name of Kamal R Khan. After this (Ranveer, Karan and Arjun) all three laugh and laugh.


Also Read: MS Dhoni’s ‘Mahi’ journey: From being a prankster in school to ‘Captain Cool’

After this, Ranveer joking with Arjun, sitting next to him, says – ‘You are a rupee person’. Kamal R Khan is famous for this line. In this way, Ranveer Singh appeared acting in KRK. After this, Arjun Kapoor also speaks – ‘If Arjun Kapoor can become an actor then anyone can become an actor.’KRK appeared upset after seeing the fun of these three. He spoke in four points with this post. In one, KRK said- ‘Yes dear Arjun Kapoor I was 100% right. But you could not understand this at that time. In the second point he wrote- ‘Karan Johar was laughing that day. But weeping today because he underestimated me that day. ‘


In the third point, KRK for Ranveer said- ‘You are a very clever boy .. You are absolutely right 100%’. In the fourth point KRK said – ‘I will not forget this until my mission is completed.’