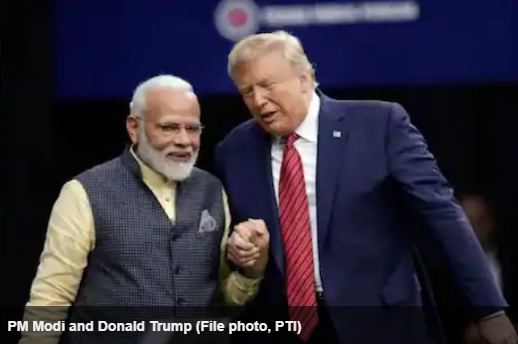 India China Standoff: US Secretary of State Mike Pompeo also discussed the violent clash between India and China in the Galvan Valley of Ladakh. He said that China will be discussed with the European Union.

New York. The deadlock on the Line of Actual Control (LAC) in East Ladakh continues between India and China. Both sides are trying to resolve it through dialogue. But no humorous result has been found so far. Meanwhile, America has given a big statement on the conflict between India and China. US Secretary of State Mike Pompeo has said that he is withdrawing his army from Europe because China’s threat to India and some Southeast Asian countries has increased.

China’s threat on India!
Foreign Minister Mike Pompeo was asked why America is withdrawing its forces from Germany? In response to this question, he said that all this is being done under a well thought out strategy. He said, ‘All these decisions have been taken from the antics of China. China’s threat to India has increased. Apart from this, Vietnam, Indonesia, Malaysia, Philippines and South Chine Sea are also under threat. America wants to make sure that we can give the right answer to China. ”

Mike Pompeo also spoke on the violent clash between India and China in the Galvan Valley. At the same time, he also said that China will be discussed with the European Union. Explain that the European Union had expressed its displeasure over the withdrawal of the army from Germany. He later also said that efforts are being made to unite the world against Chinese companies. Actually, Beijing tried to benefit strategically and economically from the Kovid-19 epidemic.

Trump’s opinion on India-China issue.
Last week, US President Donald Trump said that he wanted India and China to reduce the tension on the border. Can help. Earlier, the next day of violence on the Line of Actual Control (LAC) in Ladakh, the US had said that they had their eye on the whole incident. He said, ‘The situation is very serious. We are talking to India. We are talking to China. Both countries have a big problem on the border. Both have come in front of each other. We are trying to help them.