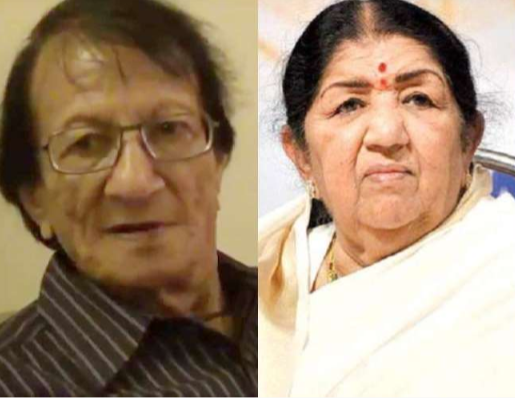 New Delhi Bollywood suffered another setback during the lockdown. Veteran lyricist of Hindi cinema Yogesh Gaur died at the age of 77 on Friday. Lata Mangeshkar has paid homage to Yogesh, who has won many classic films with his songs.

Lata wrote on Twitter- I just came to know that the poet Yogesh ji, who wrote a touching song, died today. I am very sad to hear this. I sang many songs written by Yogesh ji. Yogesh was a very quiet and sweet person. I pay him a humble tribute.


Actor and filmmaker Nikhil Dwivedi wrote, remembering Yogesh – you were the only one of your kind. We could not give you your rights, but each pearl will always be yours. You were my favorite You are legend

Born on 19 March 1943 in Lucknow, lyricist Yogesh gave many excellent songs to Hindi cinema during the sixties and seventies. These include classics such as the songs of the Anand film Somewhere Jab Din Dhal Jaye and Zindagi Kaise Hai Paheli. He wrote lyrics mainly for films by Hrishikesh Mukherjee and Basu Chatterjee.

Yogesh’s career started with the 1962 film Sakhi Robin, for which he wrote 6 songs. His songs, including the 1974 film Rajanigandha, the 1976 film Chhoti Baat, the 1979 film Baan Baat and Manzil, made many films memorable. Yogesh’s last major release was Bewafa Sanam, in which Kishan Kumar played the lead role. He also wrote for some TV serials.


In an interview given to the Indian Express, he had said that what he had seen, who had won, he has written. I always wrote about the people around me. Earlier in April, Hindi cinema lost legendary actors like Irrfan Khan and Rishi Kapoor. (Photo-YouTube)