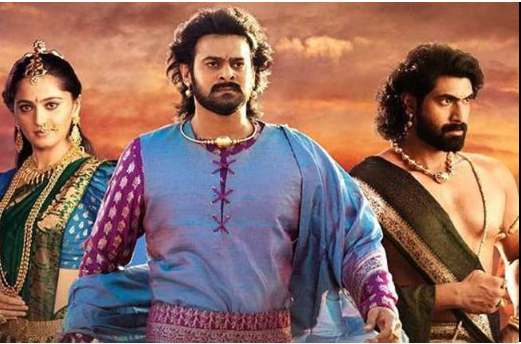 New Delhi The most successful film of Indian cinema, Baahubali 2- The Conclusion was telecast in Russia. The impact of Bahubali 2’s threat on Russian television was also seen in social media. The video of the dubbed film in Russian language has spread over the Internet.

This information and video was posted on May 28 from the Twitter handle of Russia’s Embassy in India. The tweet reads – Indian cinema is popular in Russia. See, what is going on on Russian TV right now – Bahubali, with Russian voice-over. In this video clip, the scene of Bahubali is shown when Devasena cuts off the fingers of the molester while going to the temple. The case is presented in the court of Rajmata Shivgami Devi, where Amarendra Bahubali blows her neck justifying Devasena’s action.

Dialogues of these characters have been dubbed in Russian. This video clip has won the hearts of people on the Internet. Some people also raised interesting questions, which were also answered by the Russian Embassy. A user asked how the songs would be shown in Russian? It was said in response that only subtitles are written on songs.


Another user asked what the maternal uncle called in Russian, which was said in response – Diadia. Let me tell you that Bahubali speaks Katappa as maternal uncle in the film, played by Satyaraj. Users are also looking at linking it to close ties with Russia and India.

Bahubali 2, directed by SS Rajamouli, released in 2017, is the most successful Indian cinema. Its Hindi dubbed version had a great collection of 511 crores. This is a record that has not been broken yet. Bahubali 2 did business around 1800 crore worldwide.


Originally made in Telugu, Prabhas portrayed Bahubali, Anushka Shetty as Devasena, Ramya Krishnan as Shivgami Devi and Rana Daggubati as Bhallal Dev. Its first part was released in Bahubali – The Beginning 2015, after which people became very curious about the second part.

If we talk about Russia, then Indian cinema has been liked a lot. Actors like Raj Kapoor and Mithun Chakraborty have a strong fan following in Russia.