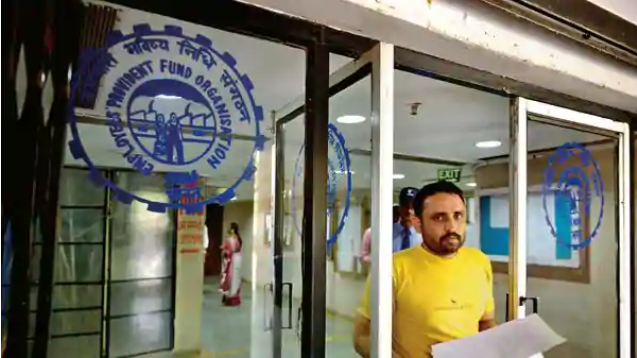 This comes in the wake of the Central Provident fund Commissioner (CPFC), Sunil Barthwal, stating during a webinar earlier this month that as many 2.3 million claims were settled and ₹8,000 crore was disbursed from retirement savings.


Senior parliamentarians, particularly those from the parliamentary committee on labour, said the data available indicates distress withdrawal. Some members of the committee are now also demanding that it should be taken up when the panel meets next.

Most Opposition parties said the withdrawal, which is nearly 10 times the quantum of withdrawals that used to happen within a similar time frame before the lockdown, is a sign of distress and showed that people were withdrawing money as they did not have enough cash in hand to meet their needs. The parties were of the view that there should be a detailed discussion on the issue in Parliament and different forums, such as the standing committee, when it reconvenes next.


The withdrawal of EPF funds by people seems to be because of distress as people want to have more funds in hand. There is a sense of uncertainty among people and they want to keep ready cash with them,” said Bharturhari Mahtab, Lok Sabha parliamentarian of the Biju Janata Dal and chairperson of the parliamentary committee on labour.

“We have been demanding that the government should ensure that the workers in the organised sector are not retrenched and salaries are paid on time. Not much has happened in that respect, and, naturally, people will encash whatever little savings they have to tide over the situation,” said Elamaram Kareem, a senior Rajya Sabha member of the Communist Party of India (Marxist), who is a member of the parliamentary committee on labour.

Permanent workers and those in the formal workforce are covered under the Employees’ State Insurance Corporation. Given this trend, one has to spare a thought about what happens to those from the unorganized sector who don’t have access to such funds,” said Kareem.


“Some of these issues have been brought to our attention. We had reached out to check when the meeting could happen but permissions have not been given yet. Whenever we meet next, we intend to raise this and similar issues related to distress withdrawal,” said Kareem, who is also a senior leader of the Centre of Indian Trade Unions.

Meetings of parliamentary committees have currently been put on hold as Parliament adjourned ahead of its schedule in March because of the enforcement of social distancing as part of measures to check the spread of coronavirus.

Rajya Sabha chairman M. Venkaiah Naidu and Lok Sabha speaker Om Birla held a meeting on Saturday to discuss holding meetings in the view of the resumption of domestic flights in the country, according to one senior official from Parliament, who is aware of the development.