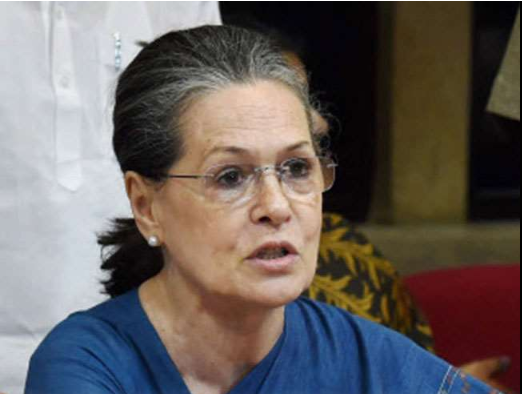 Sanjay Mishra, New Delhi.  Opposition parties, which are still more or less supportive of the government’s move to fight the Corona epidemic, will jointly brainstorm on the migration of helpless migrant laborers and articulate strategies against the game of data in the economic package. Leading leaders of about one and a half dozen opposition parties will meet on 22 May on this issue. On the initiative of Congress President Sonia Gandhi, the proposed meeting of the leaders of opposition parties will also discuss the issue of ignoring parliamentary and democratic institutions under the guise of the implementation of the National Disaster Law.

The main agenda of the meeting will be the painful migration and economic package of migrant workers in lockdown.


Congress sources confirmed the call of a meeting of opposition leaders on behalf of Sonia Gandhi, saying that it will also discuss the changes being made in labor laws ignoring the legislative procedures, but the main agenda of the meeting is a four-hour notice from March 25 But the lockdown applied will be a continuous painful migration and economic package of migrant workers.

Indicating this, the head of the Congress media department, Randeep Surjewala, said that the initiative to negotiate a meeting of opposition leaders is still going on, but there is no doubt that in the heat of lakhs of workers returning to the village hundreds and thousands of kilometers on foot. Opposition to the plight raised the question of accountability. Efforts to move the national discourse in a unilateral direction on behalf of the power system also indicated discussion.


The first such proposed meeting of opposition leaders after the lockdown was initiated by Sonia Gandhi. Nationalist Congress chief Sharad Pawar is also playing an active role in it. Parties like Trinamool Congress, DMK, RJD, Left parties, National Conference, Shiv Sena, JMM, JDS etc. have agreed to attend the meeting. There is no sign of the Samajwadi Party and BSP attending the meeting yet. Anyway, these two parties have been away from the meetings of the opposition parties for quite some time.

In the meeting of opposition parties, along with the Congress, Sharad Pawar has indicated the readiness to call the economic package juggling data. Pawar has written a letter to the PM on Monday, saying that the farmers have been overlooked along with all the sections in the package. The lockdown has resulted in a huge waste of vegetable-fruit cultivation, which puts farmers in trouble. In such a situation, there is a need for cash transfer to the poor, laborers and farmers and the economic package is focused only on debt. On behalf of the Congress, Rahul Gandhi has been continuously demanding to transfer the poor-laborers to the account of Rs 7500. The party is now adopting a strategy to add to the common strength of other opposition parties.


In the opposition meeting, amid the epidemic, there will be a churn in the government on questions like policy decisions such as 74 percent foreign investment in defense sector and ignoring the Parliament. Randeep Surjewala hinted that the disaster law is meant to deal with the epidemic and not to weaken the democratic system. Our democratic Parliament has lost its role when democratic institutions all over the world are debating openly to overcome the challenge of the epidemic and the economic crisis. Discussion in parliamentary committees is being avoided and the legislature has lost control over the executive.