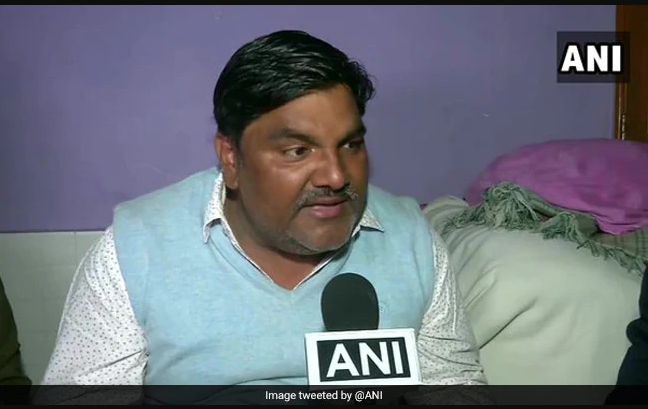 Tahir Hussain was suspended from the primary membership of AAP after he was accused in the murder of Intelligence Bureau employee Ankit Sharma. The body of Ankit Sharma was recovered from a drain in Jaffrabad last week.


New Delhi: Suspended Aam Aadmi Party leader Tahir Hussain, accused in the murder of an Intelligence Bureau employee, is facing arrest as a Delhi court rejected his plea to surrender. The politician, accused of murder, rioting and arson, had appeared at a Delhi court today. But the court refused to accept his request to surrender, saying it was not in its jurisdiction. He was subsequently taken away by the Delhi Police, but a formal arrest is yet to be made, sources said.

Tahir Hussain was charged after the body of Ankit Sharma was recovered last week from a drain in northeast Delhi’s Jaffrabad, one of the worst-hit areas in the violence over the citizenship law. The police said he was absconding since his name cropped up in the case.


Ankit Sharma, 26, who worked as a Security Assistant with the IB, had gone missing on Tuesday. His family said he was picked up by a mob on his way home from work. His body, bearing multiple stab wounds, was found the next day.

Ankit Sharma’s father, Ravinder Sharma, who also works with the Intelligence Bureau, had accused Tahir Hussain of the murder.


The allegation was seconded by the BJP’s Kapil Mishra, whose rally in support of the Citizenship Amendment Act was linked to the beginning of the violence on February 23.

“The killer is Hussain. In the video, he can be seen with the masked boys carrying sticks, stones, bullets and petrol bombs. He was constantly talking to Kejriwal and AAP leaders,” Kapil Mishra was quoted as saying by news agency ANI.


Tahir Hussain was charged with murder and arson and was suspended from the primary membership of AAP.

Denying any wrongdoing, Tahir Hussain said he and his family were victims of the violence, not its perpetrators. In a video, he said, he and his family and he had gone to a “safe place in presence of police on 24th” and did not return home after that.


His claims were initially confirmed by the police. Additional Commissioner of Police Ajit Singla had said that he and his team had rescued the politician following an SOS call last Monday.

But on Tuesday evening, the police issued a clarification. “On the night intervening 24/25 Feb 2020 when some public men informed police deployed at Chand bagh that Tahir Hussain was trapped as crowd had surrounded his house, the police verified the same to be incorrect and Tahir Hussain was found available in his house,” a statement from the Delhi Police read.