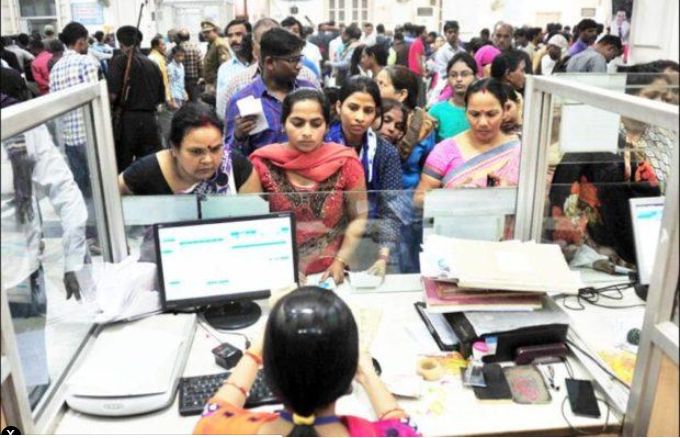 7th Pay Commission, 7th CPC Latest News Today 2020: Generally, salaries of Teaching, Non Teaching and Pensioners are deposited in their accounts on the last working day of every month.

Officials of Visva-Bharati Central University have issued a notification to their Teaching and Non-Teaching staff that salaries may be delayed for February due to lack of funds at Central University. In a notification issued on Monday, the University Registrar, Asha Mukherjee said, “It is for the information of all concerned that there is a possibility of delay in getting the salary of February 2020 due to lack of funds.” Generally, the salaries of Teaching, Non-Teaching and Pensioners are credited to their accounts on the last working day of every month. University sources said the notice made it clear that this schedule could break in this month, which is a setback for most employees.


According to The Telegraph, a senior official said, “We did not receive a salary grant for January, but paid our employees using deposit money such as admission funds.” This time we are not in a position to pay salaries from our own fund, another official said, “Earlier, we used to require Rs 166 crore annually on the basis of salary , but the budget increased after the seventh pay commission was implemented. has gone.” He said, ‘We sent a revised budget of Rs 75 crore six months ago. However, the government is yet to approve the money.


Amidst uncertainties over this, Vice Chancellor Bidyut Chakraborty left for Delhi. The question is, if the situation is so bad, why did the VC react so late? A teaching staff at the university said that this was not VC’s first visit to New Delhi since January. He said that VC has made at least three trips to Delhi since last month. The teacher said that Chakraborty had gone to New Delhi for February to attend a meeting on the spring festival in mid-February.