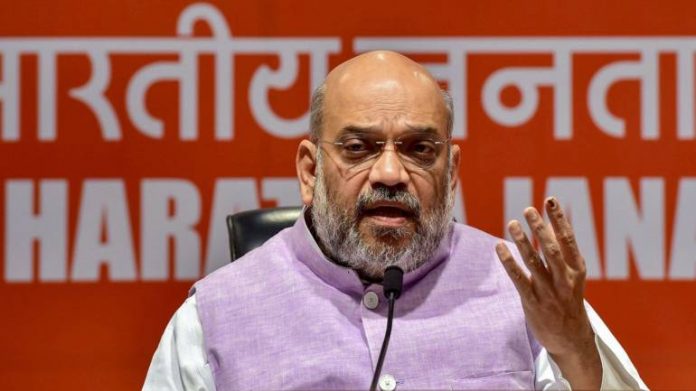 NEW DELHI: A heated, polarising debate on Monday marked the passage of the Citizenship Amendment Bill in Lok Sabha after midnight with home minister Amit Shah repeatedly drawing a distinction between refugees fleeing religious persecution and infiltrators even while asserting an all-India national register of citizens is on the anvil.

The CAB offers a path to citizenship for Hindus, Buddhists, Sikhs, Jains, Parsis and Christians from Afghanistan, Pakistan and Bangladesh on grounds of religious persecution with December 31, 2014 as the cut-off. The bill was passed by 311-80 votes.Division sought by the opposition over amendments seeking removal of references to Pakistan, Afghanistan and Bangladesh and to make the legislation “religion-neutral” were defeated. Divisions sought by the opposition were negated by wide margins of 304-94, 31.

The stage is now set for a clash in Rajya Sabha where the numbers are closer even as NDA seems to have requisite support with the backing of BJD, AIADMK, TDP and YSR-CP. The government’s cause could be further assisted by abstentions. On Monday, Shiv Sena was the centre of attention with the party supporting the bill’s introduction, but setting out several caveats and conditions.

Introducing the bill, home minister Amit Shah denied that the legislation targeted any community or religion, saying its provisions do not affect the existing rights of any group. He also read out inclusions intended to keep Nagaland, Mizoram and Meghalaya out of the bill’s purview. He added that Manipur will now be covered by the inner line permit system that imposes restrictions on non-locals.

He also said exceptions for minorities, such as minority-run institutions, had been carved out earlier and this was not seen as a violation of the Constitution. “This bill is not even .001% against Muslims. It is against infiltrators,” he added.

The home minister’s speech was marked by striking forthrightness as he catalogued instances of what he called persecution: killings and rapes, forcible conversions and places of destruction of worship: of non-Muslims in the Islamic countries of Pakistan, Bangladesh and Afghanistan.

The minister defended the CAB’s provisions for non-Muslims, reminding Congress neta Shashi Tharoor of the basis on which those who came to India after Partition were given citizenship. “The division of country was on basis of religion, that was the reason for citizenship (to refugees) then,” he said, adding that Muslims could not have been brought under the ambit of the legislation because they are not minorities in the three Islamic countries. He expressed the government’s determination to bring an all India NRC, saying that this will done smoothly.

Shah pointed out that the Muslim population of India had increased while Hindus in Pakistan and Bangladesh had declined while they were vulnerable to rape and assaults with no safety of their rights. He also made it clear populations like Rohingya would not be covered by bills like CAB. “There will be no politics of protection…offering ration cards, documents.” He also said Article 371, which offers measures for the northeast is not comparable to Article 370. “There no separate constitution or flag under Article 371. I assure the northeast that Article 371 will not be touched,” he said.

Countering the opposition, Shah said the view that the right to equality before law under Article 14 was violated by the CAB was incorrect, saying the Constitution provided for reasonable classification and the non-Muslims in the three Islamic nations constituted a specific class. He said the bill is intended to ameliorate the conditions of those who have fled their homes and do not have the option to return. He played on the word “minority” to remind the opposition that it was term that often figures in its formulation, only this time it applied to those in countries covered by the bill.

He also responded to the criticism that bill had failed to cover Tamils who face persecution in Sri Lanka. Shah said that India had taken specific measures to help specific communities at different points in time , saying that citizenship was indeed offered to refugees in 1964. “ We also took in people from estwhile east Pakistan in 1969 and from Uganda. This bill is designed to specifically help the minorities from Pakistan, Bangladesh and Afghanistan” . He took a dig at Congress saying “This party partners Muslim League in Kerala and Shiv Sena in Maharashtra.” The treasury benches were led by Shah with Prime Minister Narendra Modi not being in the House.

The opposition, led by interventions by Congress’s Manish Tewari, Trinamool’s Saugata Roy and RSP’s N K Premchandran, accused the government of masking political motives and bringing a bill that is divisive and singles out one religious denomination. They also said the bill does not pass the test of constitutionality and must not be admitted or taken up for consideration by Parliament. The government, however, recieved the support of north east states barring Sikkim, assured by Shah’s references.

The opposition also questioned how the grounds of religious persecution will be established, with DMK also asking whether Muslims seeking to come into India from Pakistan occupied Kashmir should not be considered eligible. Contrary to earlier indications, the Telangana Rashtra Samithi opposed the bill while TDP and YSR-CP supported it. Other supporters of the bill include BJD which has a sizeable presence. BJP ally JD(U), which has often differed on Hindutva issues, said the Bill should not be linked to secularism. “Bill is meant to provide citizenship to those originally from here, no need to combine it with religion or other countries,” said JD(U)’s Rajiv Ranjan.

Shah said that a distinction will need to be drawn between intruders and refugees. “The citizenship amendment bill does not discriminate against anyone and does not snatch anyones rights,” he said while initiating the debate.

Trying to allay apprehensions, Shah said the Modi government is committed to protect the customs and culture of the region.

The minister said India has given similar rights in the past, saying Manmohan Singh and L K Advani could become prime minister and deputy prime minister and persons displaced from Pakistan and Bangladesh have contributed to India’s development.
During the debate also saw AIMIM chief Asaduddin Owaisi tearing the bill, saying it was making Muslims “stateless” and will lead to another Partition.