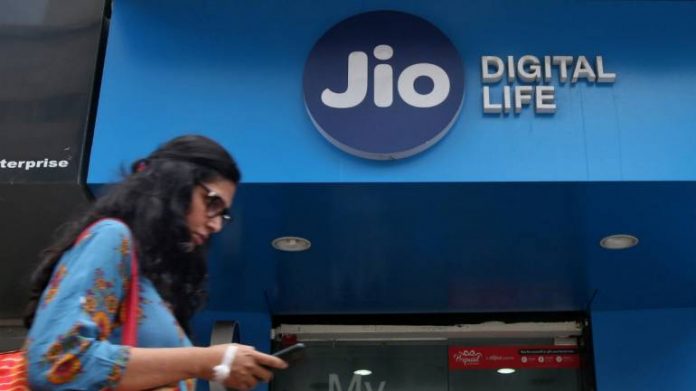 New customers are now being billed, and old customers have been told to choose one pack or another.


“All new JioFiber customers, who’ve put in the Rs. 2,500 refundable deposit, are now being charged in the big metro markets, and commercial billing on a pan-India basis should be operational in a couple of weeks,” a person with direct knowledge told ET.

The Mukesh Ambani-led telco, he said, has started onboarding its 500,000-odd users who signed up for JioFiber trials well before the September commercial launch to specific tariff plans, an exercise that’s likely to be completed in phases over a month.

“Existing customers who had opted for the trials are being told that free home broadband services will be discontinued shortly and they need to migrate to specific JioFiber plans to stay connected,” another person aware told ET. 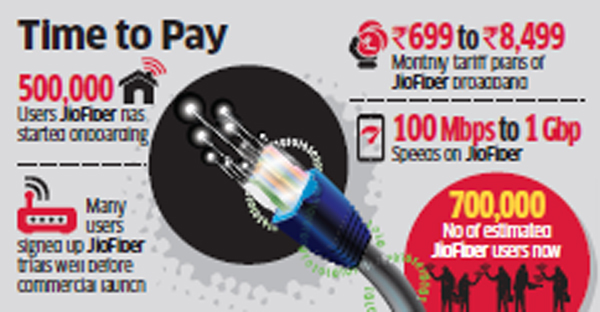 JioFiber’s tariff plans range from Rs. 699 to Rs. 8,499 a month, with speeds from 100 Mbps to 1Gbps. The plans are bundled with services such as gaming, home network sharing, TV video calling and conferencing, device security and access to a content platform.

Billing for JioFiber services had been held up for over two months as the telco’s system capable of charging customers for both 4G mobility and home broadband took a while to stabilise.

According to Nitin Soni, director (corporates) at global rating company Fitch, Jio’s broadband user base may scale up to the “10 million mark in two years” on the strength of “the company’s market execution, distribution reach and retail footprint.”

There are an estimated 700,000 JioFiber users now. “One can expect Jio to target customers opting for both its 4G mobility and fibre broadband services, which could create cross-selling opportunities, boosting the telco’s overall profitability levels,” Soni said.

Analysts said Jio’s offer of 4G mobility and home broadband will work to its advantage.

“Commercial monetisation of JioFiber will allow the company to leverage its substantial telecom assets — overlapping across the 4G mobility and fiber-to-the-home segments — more optimally and open up new revenue streams, and in turn, create stickiness with the same set of subscribers, which competition may find hard to replicate given their balance sheet issues,” said Rajiv Sharma, head of research at SBICap Securities.

The home broadband market has a modest 18 million customers, of which half are with state-run Bharat Sanchar Nigam and Mahanagar Telephone Nigam. Airtel had 2.35 million home broadband users in the September quarter.

Jefferies said Jio’s planned reach “is a key positive as it likely will reach most potential customers” with a fiber layout of 700,000 route km (rising to 1.1million km).

Jio, it said, is targeting “20 million homes and 16 million enterprises across 1,600 towns and aims to complete the rollout in 12-18 months.” Airtel has connected 10 million homes on its broadband network, while its user base is 2.35 million. The brokerage, though, expects JioFiber’s rollout “to be gradual as the pricing is not disruptive.”