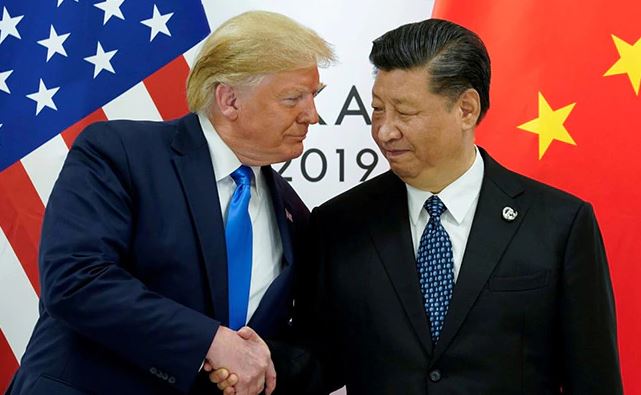 Donald Trump on Friday suggested he could sign a long-awaited trade agreement with China in the farm state of Iowa.

Chinese President Xi Jinping and U.S. President Donald Trump have been in continuous touch through “various means”, China’s Foreign Ministry said on Monday, when asked when and where the two leaders might meet to ink a trade deal.

Trump on Friday suggested he could sign a long-awaited trade agreement with China in the farm state of Iowa, which has been hard hit by tariffs in a nearly 16-month trade war between the world’s largest economies.

Trump said on Friday evening that negotiations about a “phase one” agreement were going well and he hoped to sign the deal with Xi at a U.S. location when work on the agreement was completed.

China has so far not been drawn on when and where Xi may go to meet Trump, apart from saying it was “pure speculation” they could meet in the Chinese gambling hub of Macau.

As for a meeting between the leaders of China and the United States, what I can say is that President Xi Jinping and President Trump have maintained continuous contact through various means,” he told a daily news briefing, without elaborating.

U.S. and Chinese negotiators have been racing to finalise a text of a ‘phase one’ agreement for Trump and Xi to sign this month, a process clouded by wrangling over U.S. demands for a timetable of Chinese purchases of U.S. farm products.