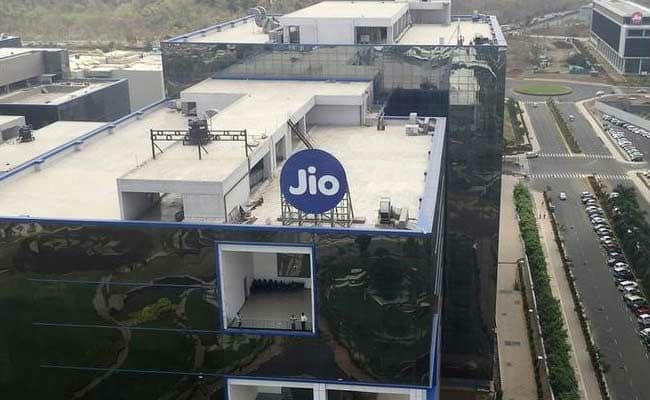 For all the outgoing calls to other mobile operators, Jio users will have to pay an additional charge.

Reliance Jio has started charging for voice calls made to subscribers of other telcos to account for the termination charges it pays its rivals Bharti AirtelNSE 4.97 % and Vodafone Idea, a move which some analysts say can possibly herald a tariff rise in the telecom sector after years of brutal competition.

In a statement Wednesday, the Mukesh Ambani-led telco, which had promised to keep all voice calls free, said it was “compelled” to start charging its over 350 million users to recover the 6 paise a minute interconnect usage charge (IUC) it pays to other telcos, till the regulator brings the fee down to zero. But it will compensate its users by giving additional data, to ensure no “effective increase” in tariffs for its customers. Calls from Jio to Jio, to landlines and those made over apps such as WhatsApp will remain free.

All Jio customers who want to make a voice call to either Vodafone Idea or Airtel will have to buy additional top-up vouchers of Rs 10, Rs 20, Rs 50 and Rs 100, for additional IUC minutes.

SBICap Securities’ head of research Rajiv Sharma said Jio’s decision to recover IUC from consumers may have a cascading effect in pushing up tariffs indirectly. “Airtel and Vodafone Idea could easily respond to Jio’s move by hiking voice rates, finally ending the era of free voice tariffs,” he said.

A senior industry executive said Jio’s move gave the other two telcos a good opportunity to raise tariffs as well.

IIFL Securities executive vice president Sanjiv Bhasin said Jio’s move was good for the beleaguered telecoms sector as ARPUs and tariffs could finally start looking up after being at ‘unsustainable levels’ for a prolonged period.

‘Era of Freebies Drawing to a Close’
“Customers need to also realise that the era of freebies and unsustainable call rates is finally drawing to a close, and so, they will have to shell out a little more for mobile phone services. That Jio did not come up with disruptive home broadband plans last month, was a clear indicator that it is keen on ARPU (average revenue per user) growth now and not merely in expanding customer base,” said Bhasin.

IUC is a charge paid to the telco on whose network a call terminates and has been a bone of contention among the private players and the sector regulator. Two years ago, the sector regulator, had brought it down from 14 paise per minute to 6 paise per minute and decided to scrap the charge from January 2020. Currently, Jio is a net payer of IUC, while Airtel and Vodafone Idea are net revenue gainers, based on voice traffic flow patterns.

But recently, Trai decided to seek views on deferring the implementation of the zero-IUC regime, saying that millions of subscribers have still not moved to Voice over LTE (VoLTE), or a data based network, which was expected to lower the cost of generating a call, rendering IUC redundant. The regulator’s second premise was that traffic asymmetry still existed between telcos.

“The amendment to the IUC Regulations in 2017 was after considerable deliberations and consultations…the (new) consultation paper has created regulatory uncertainty and therefore Jio has been compelled, most reluctantly and unavoidably, to recover this regulatory charge of 6 paise per minute for all off-net mobile voice calls so long as IUC charges exist,” Jio said.

Airtel though countered, saying that the regulator had back in 2017 said it would review the IUC regime, including the timelines for implementing zero-IUC, if certain conditions were not met.

“In line with Trai’s stated position, therefore, they have issued a consultation paper in September 2019 to reassess the timelines of the shift from 6 paise to a zero charge. Clearly, this off net charge being levied (by Jio), therefore, is to force IUC to be brought down, despite the heavy burden it puts on the receiving network,” the telco said.

The industry executive mentioned earlier also pointed out that Jio had made its ‘free voice calls’ promise in 2016, a year prior to the Trai’s decision in 2017 to reduce IUC and to bring down the charge to zero by 2020.

“It’s ironical and baffling that Jio has decided to recover interconnect charges from its customers when IUC is lower at 6 paise per minute, given that the company had announced lifetime free voice calling to any network when the IUC was much higher at 14 paise per minute. Using IUC as an excuse to start charging is wrong,” he said.

Vodafone Idea said that Jio’s move is an action taken in ‘undue haste’, and added that IUC is not a consumer pricing matter.

“It seems like the consultative process is being challenged and is potentially drawing attention away from the real issue that the industry is in deep financial stress, a fact that’s now widely acknowledged,” and needs to be addressed to ensure adequate competition exists in the industry, the telco said.

In the last three years, Jio has paid nearly Rs 13,500 crore as net IUC charges to the other operators. Jio’s net interconnect costs stood at roughly Rs 851 crore in the June quarter, down 23% sequentially, as net voice traffic to its network increased vis-à-vis rivals, given its strong subscriber additions. Jio is now the largest telco by users.