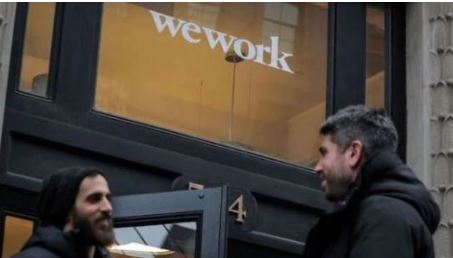 New York: WeWork is formally withdrawing the prospectus for its scrapped initial public offering, capping a botched effort to go public that cost its top executive his job.

“This puts an official pause on our process of becoming a public company,” Artie Minson and Sebastian Gunningham, who took over last week as co-chief executive officers of WeWork parent We Co., said in a note to staff Monday. “Rest assured, WeWork will become a public company, but we can only IPO once and we want to do it right.”

The withdrawal ends a turbulent process that turned one of the most hotly anticipated IPOs into a cautionary tale of the public market’s reticence to pay up for a business model that’s unproven. Co-founder Adam Neumann stepped down as chief executive officer last week after concerns about corporate governance and the money-losing startup’s aggressive growth.

“While this may feel disappointing, the leadership team and our board have decided to take a step back to assess where we are as a company,” the co-CEOs said in the internal note Monday. “These past few months have not been easy, but our team has been incredibly resilient. We are now focused on improving our core business — balancing expansion with a focus on profitability.”

WeWork will likely postpone the offering until next year, Bloomberg reported last week. The delay sidelines what was expected to have been the second-biggest IPO in the US this year and also threatens a $6 billion credit financing that was contingent on a successful offering. The credit facility will be unwound if the IPO doesn’t happen this year, a person with knowledge of the matter said.