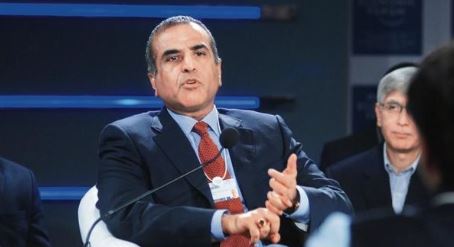 New Delhi: Bharti Airtel Ltd is exploring the option of completely selling its stake in its tower infrastructure business to private equity funds so that it can sharpen its focus on its core business of offering wireless services, said two people familiar with the plan.

A stake sale in the merged entity combining its telecom tower unit, Bharti Infratel Ltd, and Indus Towers Ltd may, however, take place only when valuations improve from the current subdued levels, said one of the two people cited above.

A potential deal will allow India’s second-largest telecom operator by revenue to reinforce its war chest to take on market leader Reliance Jio Infocomm Ltd in this intensely competitive market. Since its entry in September 2016, Jio, the telecom arm of Reliance Industries Ltd, has rattled incumbents with a brutal price war, forcing them to either merge or exit.

Some of the private equity funds are trying to come together to buy a majority stake in Airtel’s tower assets as these are usually yield-generating and operating them isn’t very complex,” the first person said on condition of anonymity. “All the three telcos (Jio, Vodafone Idea and Airtel) are trying to reduce their respective stakes in this business, while Bharti in the long term is looking for a complete exit.”

Jio’s strategy to garner subscribers through cheap data has prompted rivals to pump in funds in the cash-guzzling telecom business. As of 30 June, Airtel had a consolidated net debt of ₹1.16 trillion.

“Sunil Mittal is very clear that he wants to compete fiercely with Jio. He will hence divest all non-core infrastructure and put money into mobile network and compete,” the second person said, requesting anonymity. “But the tower stake sale may take some time as currently valuations don’t look too great. This isn’t the ideal time to sell. The tower stake sale will happen when prices improve.

Bharti Airtel did not respond to an emailed query sent by Mint on Monday.

“It makes sense for them to completely exit the tower business as they won’t be a majority stakeholder in the merged entity anyway,” a Mumbai-based analyst said on condition of anonymity. “Based on current market cap, Airtel would be able to raise at least ₹35,000 crore if it sells all its stake in the Indus-Infratel merged entity. They can use this to reduce debt so that they are in a better position to raise money for 5G.”

Airtel said in November 2017 that it had been approached by a few “global investors” to buy a significant stake in its tower unit, Bharti Infratel. If their interests are accepted, this “could result in such investors acquiring control of Bharti Infratel”, the company had said then.

Airtel currently holds 53.51% in Bharti Infratel. The remaining stake is held by domestic and foreign investors.

The two tower companies had in April last year agreed to merge their businesses to create the world’s largest telecom tower company outside China. The combined entity will own more than 163,000 towers, second only to China Tower Corp. Ltd.

Vodafone Idea’s 11.15% stake in Indus Towers had an implied value of ₹5,630 crore as of June-end, which it plans to monetize on completion, the telecom firm said on 29 July.

Airtel and its rival operators need to raise cash ahead of a planned auction of airwaves in January by the telecommunications department for the launch of 5G services. The operators are already saddled with a mountain of debt, largely due to spectrum-related dues to the government.

Raising more funds is critical for Airtel as its revenue from the domestic wireless business was ₹10,724 crore for the June quarter. Reliance Jio, in comparison, generated ₹11,679 crore in operating revenue in the same quarter.