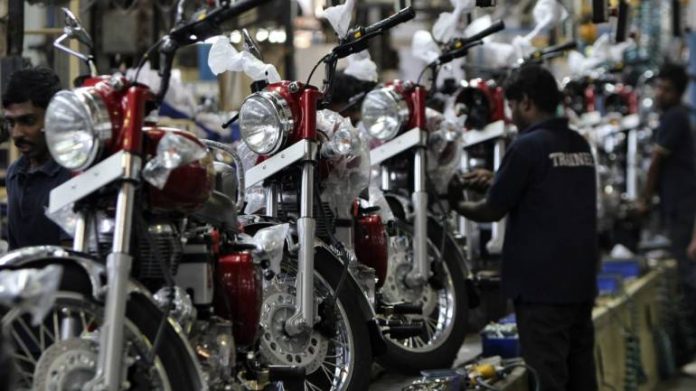 The two-wheeler companies are offering these loans in select states via their finance arms such as TVS Credit, Hero FinCorp and Bajaj Auto Finance

While Bajaj Auto and TVS Motor are offering zero percent-interest loans in parts of Maharashtra and south India; Hero MotoCorp has slashed interest rates from the prevalent 10-12 percent to seven percent in parts of Uttar Pradesh and other rural sections in north India, the report added.

These companies are offering these loans through their finance arms such as TVS Credit, Hero FinCorp and Bajaj Auto Finance.

businessleague could not independently verify the report.

The cost will be borne by the original equipment manufacturers (OEMs), the paper quoted Jefferies analyst Arya Sen as saying. “Multiple dealers highlighted that cash sales have been particularly weak. Many two-wheeler OEMs have indicated a sharp increase in the share of financing to 40-50 percent at present from 30-35 percent around 18 months back,” Sen added.

Data shared by the Society of Indian Automobile Manufacturers (SIAM) showed two-wheeler output at 5.4 million during the January-March quarter, a fall similar to levels seen in the October-December quarter of 2017 when the industry saw a production of close to 5.25 million.

While SIAM predicted a growth of 10-11 percent before the start of FY19, the two-wheeler sector ended the fiscal with a growth of just 4.86 percent. The apex lobby body has reduced its FY20 growth prediction to 5-7 percent.

The outlook looks grim, following political uncertainty, low consumer sentiment and below normal monsoon prediction for the year. Demand may receive a boost only before the switch over to Bharat Stage VI standard, when prices are expected to increase.