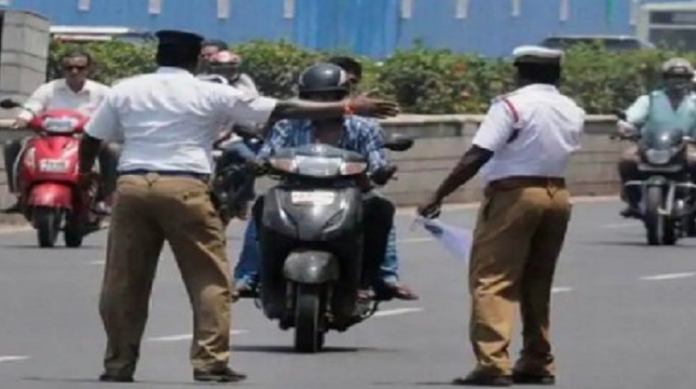 According to The Country, the penalty will now be rs 1,000 without helmets. For the first time, a penalty of Rs. 500 and Rs. 1500 for the second time will be imposed on violation of parking. At the same time, driving without a seat belt car will be fined 1000 rupees and a child under 14 years of age without a valid licence.

Not obeying the officer


The first penalty for not obeying the officer and obstructing the work was Rs 1000, which has now been rs 2000. A fine of 10,000 rupees will now be imposed on giving false facts about driving licences. There will be a fine of 10,000 rupees for not giving way to fire brigade vehicles and ambulances.

In addition, the same penalty will be 4,000 rupees for 2,000 commercial vehicles for driving faster cars. A disabled person will be fined 1,000 rupees in the first time and two thousand rupees for the second time. A two-wheeled vehicle will have to pay a fine of 1,000 rupees for three rides or more.

Similarly, the manufacturer and dealer will have to pay a fine of one lakh per vehicle when the vehicle model is changed. The vehicle owner will be fined 5,000 rupees for making changes in the vehicle contrary to motor vehicle rules. The state government will have to pay five thousand in the first time on participation in the race or trial without permission.