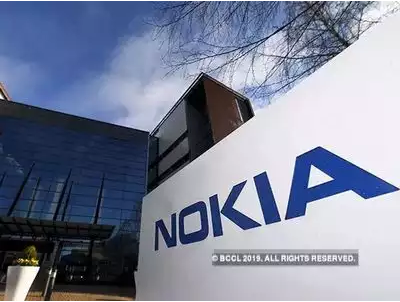 Nokia can simultaneously screen with its 3 new budget phones. At the tech show IFA Berlin 2020, the company can launch Nokia 2.4, Nokia 6.3 and Nokia 7.3.

New Delhi
Nokia may launch three new smartphones at the tech show IFA 2020 to be held in Berlin in September . According to a media report, with Nokia 2.4 , the company can screen with Nokia 6.3 and Nokia 7.3 . All these devices will launch in entry-level or mid-range category. Nokia 2.4 can be entry-level while Nokia 6.3 and Nokia 7.3 can be mid-range smartphones.
Nokiamob.net has quoted a tipster as saying that the Nokia 2.4 has been named Wolverine codename. Publication has further revealed that Tipster has also shared the basic specification sheet of the device. The tech website has also shared the low-quality image of a light purple color smartphone with dual rear camera setup. This phone can be launched for $ 110 (about 8,200 rupees).

MediaTek Helio P22 processor can be given in the alleged Nokia 2.4. This phone can be launched in 2 GB, 3 GB RAM with 32 GB and 64 GB storage variant. The handset will have a 6.5-inch HD + display with a notch, whose aspect ratio is expected to be 19: 9. Dual rear camera setup with 13 megapixel primary and 2 megapixel secondary sensor can be given in the phone. The phone will have a 5 megapixel front camera.

that the phone with the same model name was also seen with specifications on Geekbench. The listing had revealed that the ‘Wolverine’ device will come with Android 10. The phone scored 136 in the single-core test while 497 in the multi-core test. Nokia 6.3, Nokia 7.3
Also Read: Music videos can be seen soon on Facebook, collision with YouTube

Talking about Nokia 6.3 and Nokia 7.3, Snapdragon 670/675 and Snapdragon 700-series chipsets can be given in these phones respectively. Both phones are expected to have quad rear cameras with ZEISS optics.
according to a report by Nokiapoweruser, Nokia 7.3 can be a 5G handset. It can have a 6.3-inch full HD + screen with PureDisplay branding. This phone can be launched in 64 GB / 128 GB storage variant with 4 GB RAM / 6 GB RAM. The handset can have a quad rear camera setup with 48 megapixel primary sensor and a 24 megapixel selfie sensor.

According to another report, Nokia 6.3 can offer a 6.2-inch FullHD + display with PureDisplay branding. The smartphone can be launched in 32 GB / 64 GB / 128 GB inbuilt storage with 3 GB / 4 GB / 6 GB RAM. This Nokia phone can have a quad rear camera setup and a 16 megapixel selfie sensor. Both mid-range smartphones can have a 4000mAh battery.

Vodafone gave a gift to users, getting 5GB data for free

Great offer on JioPhone 2, take home phone at an EMI of only Rs 141

BSNL relaunches great plan for customers, will get 400GB data