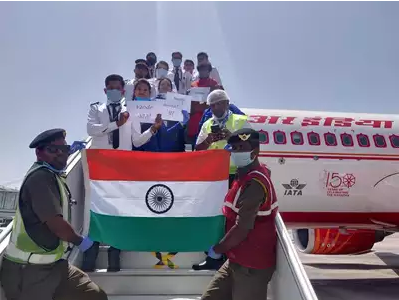 The fifth phase of the New Delhi
Vande Bharat Mission is starting from August 1. At the time of the Corona crisis, when commercial international flights are closed, the Vande Bharat Mission was launched with the objective of bringing back Indians stranded in other countries. The mission started on 6 May.

Indians will be brought from these countries. In the
fifth phase, Indians stranded in countries like America, Canada, Qatar, Oman, UAE, Singapore, UK, Frankfurt, Paris, Saudi Arabia, Bahrain, New Zealand, Philippines will be brought back.