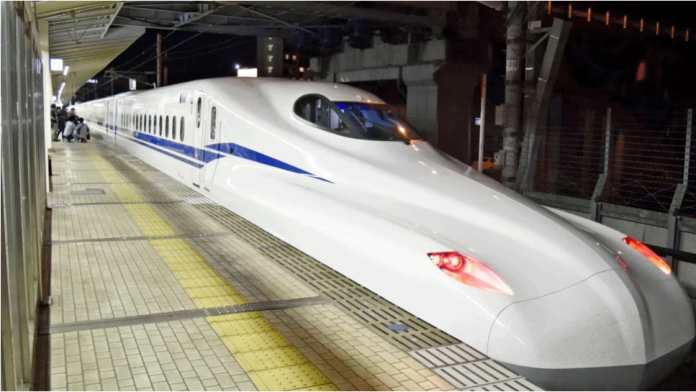 It can travel a distance of 358 km in an hour. In simple language, understand that you can travel from Delhi to Chandigarh in an hour.


Fastest Train Claims
According to Japanese media, the new N700S series bullet train in the country is the fastest running train in the world. It can travel about 358 km in an hour. In simple language, understand that you can travel from Delhi to Gwalior in just one hour. It takes 4.30-5 hours for you to travel from Indian Railways now.


Security also the strongest in the world
The new N700S Series train is also being described as the safest train in the world. Officials say the train is so safe that it can run non-stop even amid the sharp tremors of the earthquake. The train also uses new suspensions and state-of-the-art technology. Because of this, passengers on the train do not realise the running. Overall, passengers on this train do not take equal shocks.Let’s say the Japanese government had planned to launch the new bullet just before the Olympic Games. But the Olympics because of the corona epidemic have now been postponed until next year. But in the meantime, Japan has prepared and launched it.