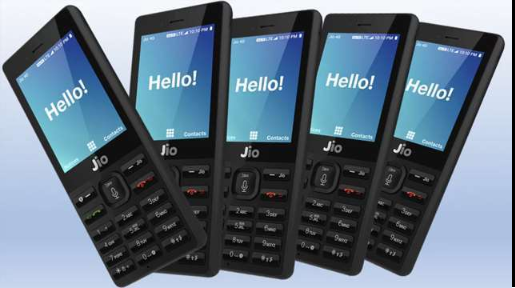 New Delhi, Tech Desk. Mukesh Ambani’s company Reliance Industries will organize its 43rd AGM today. For the first time due to Corona virus, the company is going to organize this meeting virtually and many big announcements can be made in it. Where this meeting is going to be very special in terms of business. The tech industry is also eyeing this meeting. Because it is expected that the company can launch Jio Phone’s third generation Jio Phone 3 in AGM today. Apart from this, it is being speculated that Jio Phone Lite can also be announced. However, no official disclosure has been made about this by the company yet, so it is difficult to say anything clearly before any announcement.


By the way, Reliance launched the first Jio Phone in its 40th AGM held in 2017. After this, the company launched Jio Phone 2 in the year 2018. In such a situation, it is expected that in today’s meeting the company can make an announcement related to Jio Phone 3. Through leaks, many leaks have surfaced regarding this phone so far.

Also Read: Foreign filmmakers will be allowed to shoot in the country from a single window: Piyush Goyal


By the way, no information has been officially given by the company about Jio Phone 3 yet. But for some time, its features are coming out through leaks. It is being said that Jio Phone 3 will be an upgrade version of the previous two Jio Phones and many special features will be used in it as compared to earlier. In this, users can get a 5MP primary camera. While a 2,800mAh battery can be given for power backup. It can have 2GB RAM and 64GB internal storage.

The screen of these laptops rotates up to 360 degrees, if necessary, touchscreen tablets will also be made; Prices start from Rs 26990