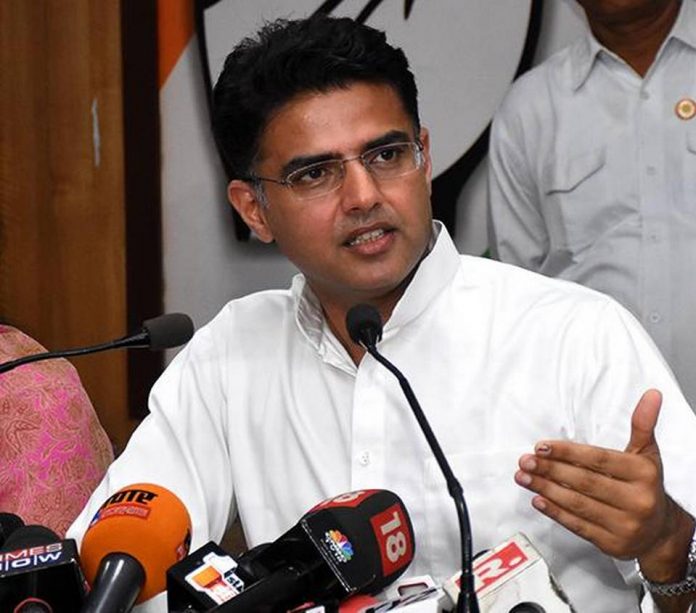 Sachin Pilot’s no-show was unaccompanied by a regrets-only message – he has reportedly made it clear that unless the “Deputy” prefix in his title is removed, he will not return to the Congress fold.

New Delhi/Jaipur: For the second day in a row, Sachin Pilot, the Deputy Chief minister of Rajasthan, stood up his party by skipping a meeting of its legislators organized at a hotel on the outskirts of Jaipur.
Mr Pilot’s no-show was unaccompanied by a regrets-only message – he has reportedly made it clear that unless the “Deputy” prefix in his title is removed, he will not return to the Congress fold.


Sources say that Mr Pilot, who is at a resort near Delhi, is in contact with the BJP; 24 hours ago, he said categorically that he would not join the Prime Minister’s party.

Mr Pilot, 42, claims that he has about 30 of the party’s 100 MLAs on his side- and that without them, his long-standing rival, Ashok Gehlot is the Chief Minister of a minority government. Mr Gehlot yesterday brandished about a 100 MLAs at his residence and invited camera crews to witness their numbers.


That meeting was bunked by Mr Pilot, who landed in Delhi on Saturday to insist that unless he is promoted, he will walk. The Congress has said that the Gandhis are not in touch with him directly, but have been communicating with him through trusted envoys. Among the messages he had received was the request to attend today’s meeting chaired by Mr Gehlot as a precursor to talks with the central party leadership in an attempt to find a compromise.
However, there does not appear to be any middle ground. Mr Pilot is unbending in is demand to be named Chief Minister; the party is equally clear that while it can enlarge the positions allowed to his supporters, it will not dislodge Mr Gehlot, 27 years his senior.


In December 2018, when the Congress won the election in Rajasthan, Mr Pilot asked that his hard work in resurrecting the party in the state as its president be recognized and he be named leader of the government. Mr Gehlot, however, had the backing of the majority of MLAs. In a compromise engineered by Rahul Gandhi, Mr Pilot was asked to settle for Deputy Chief Minister. His working relationship with Mr Gehlot has been underpinned by mistrust and hostility.


The crisis the party confronts now blew up when Mr Pilot was asked by the state police to be available for questioning in a case that accuses the BJP of trying to bring down the Congress government by bribing its legislators to switch loyalties. The police reports to Mr Gehlot who also holds the portfolio of Home Minister and was seen as a brazen move by him to undercut Mr Pilot’s standing while accusing him of colluding with the BJP. Mr Gehlot in his defense said that he too would have to answer the police’s questions. But his young deputy said the police notice is unacceptable and marks his time to have matters settled either in his favour or end his lengthy association with the Congress.


While the Congress’ Delhi leaders like RS Surjewala have publicly urged Mr Pilot to enter talks, the Rajasthan branch at its meeting yesterday made clear Mr Gehlot’s intention by demanding action against those who participate in “anti-party activities.” The contrasting stands expose the Congress’ problem – Delhi may want to retain Mr Pilot but Mr Gehlot isn’t going to be a willing ally.