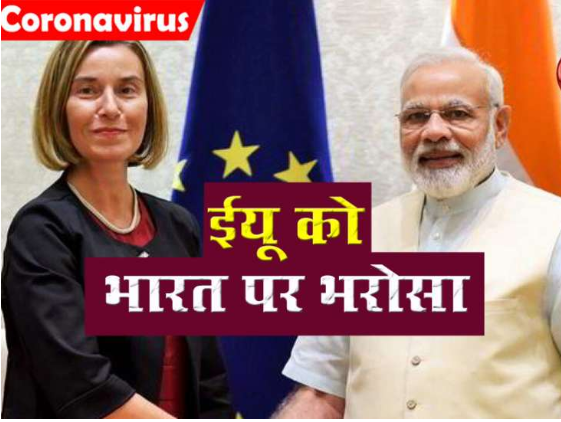 London. The India-EU summit will be aimed at making the Corona epidemic affordable vaccine available in the market. India’s role in vaccination will be important. Significantly, 60 percent of the world’s children are vaccinated with vaccines made in India. In such a situation, India is considered to be an important link in the effort to provide affordable vaccines to the people.


The EU-India summit is to be held via video conference on 15 July. Many countries of the world are still struggling with the corona epidemic. There are increasing cases in India. In such a situation, global participation is considered important to prevent the epidemic. There will be a special discussion on global cooperation to reduce the socio-economic consequences of Corona at the India-EU meeting.


According to the Foreign Ministry, India and the EU will work together to prepare for the Corona epidemic. According to the Indian Ministry of External Affairs, the summit is expected to discuss developments related to the Kovid-19 epidemic.

Recently, Prime Minister Narendra Modi and European Commission chairperson Ursula von der Leyen have expressed special concerns about the epidemic. In this, the PM praised the European Commission and the efforts of Europe for vaccines, treatment and diagnosis for the corono virus.


The Prime Minister has mentioned India’s capability in the letter. He told how India has made the drug available to more than 120 countries, including European countries, during the pandemic. As the largest producer of vaccines in the world, India’s ability to supply low cost and high scientific quality medicines was also mentioned by the Prime Minister.

Advantage of each other’s strengths


Development of treatment of corona is important partnership in India, Europe and other countries. Europe has developed systems for standards and regulatory frameworks. At the same time, vaccines in India have less production capacity. Therefore, the India-EU partnership is considered very important in terms of cheap treatment against corona virus and availability of vaccines.