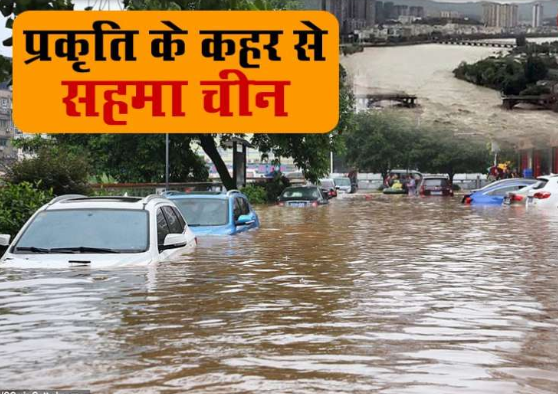 
While another China is suffering from heavy rain and Flood, on Sunday, a 5.1 magnitude earthquake shook the Earthquake In China. However, there is no news of any casualty due to the earthquake. So far more than 12 people have died in China due to floods.

Let us know that there is continuous heavy rain in many provinces of South China. Due to this, the water level of the surrounding rivers has increased significantly. Due to the rise in water level, the condition of prevention also remains critical. The water level of the four hydrological stations on Saturday remained above the peak level of 1998.

Apart from Chiangshi Province, the situation remains serious in Hupei and Hunan Province. The local government has shifted people to a safe place to ensure the life and property security of the citizens. According to the report, agricultural products have been affected in 4.5 lakh hectares due to floods.


Let us tell you that amid heavy rains and floods, a north-eastern city of Tangshan in China got a 5.1 magnitude earthquake (Earthquake) on Sunday. However, no casualties were reported. The rail services to Tangshan, 160 km from Beijing, have been temporarily halted due to the earthquake and tracks are being inspected for fear of damage.

The earthquake occurred at 6.38 am which was centered at a depth of 10 km. This was followed by a second tremor of 2.2 magnitude earthquake at seven o’clock.

The whole world, including China, is suffering from the Corona epidemic. The first case of coronavirus was found in Wuhan city of China, after which it spread all over the world. Alam is that 125 million people have been infected with this virus so far, while five and a half million people have died.