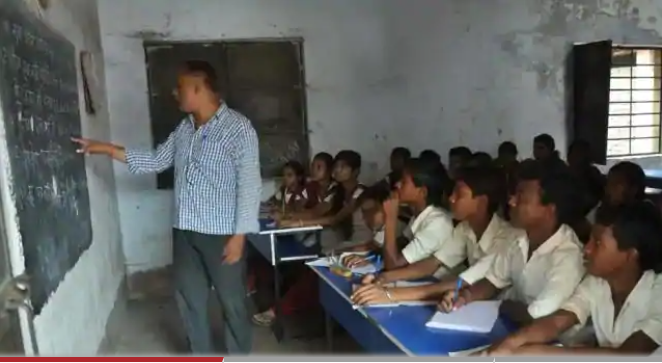 The government will withdraw the order to call teachers in state government schools. Teachers coming to school based on the roster will work from home from next week. Following the directive of the Central Government, the State Government has started action on this. The Jharkhand Education Project Council has requested necessary action from the Department of School Education and Literacy.

The School Education Literacy Secretary of the Union Ministry of Human Resources has written a letter to the state government asking any teacher or employee not to go to school for any work till July 31. Children have been asked to do digital content, online class or school work from home. They are yet to call a school. This system has been asked to be implemented in government schools as well as private schools, colleges and universities as well as coaching and educational institutions.


The
Central Human Resources Ministry had received a complaint from the state, the Union Human Resource Ministry had received a complaint from Jharkhand that teachers are being called on the basis of rotation in government schools. Other non-academic works are being done at school level including enrollment of teachers, distribution of books and distribution of mid-day rice. Before opening the school for these works, the complaint of not using sanitization well there also reached the Union Ministry of Human Resources. In schools where there were more teachers, they were being called to school on rotation basis whereas in schools where there are only two-three teachers, they had to come to school regularly. On the other hand, the process of taking offline enrollment and tuition fees in private schools is also underway. After this order, now it also has to be closed.


Also Read: Big news for those investing in the stock market! SEBI changed these special rules

Cases
of corona infection have increased in the country, including Jharkhand, over the last few days after the crackdown on crackdown on rising corona cases . In such a situation, there has been a ban on calling students, teachers or employees in educational institutions to take precaution. At the same time, instructions have been given to stop non-academic activities in these schools and strictly follow the instructions for lockdown.


Rahul Sharma, secretary of the Department of School Education and Literacy , says that the letter received from the central government has been received. We will review the previous order issued by the Center and then take a final decision.