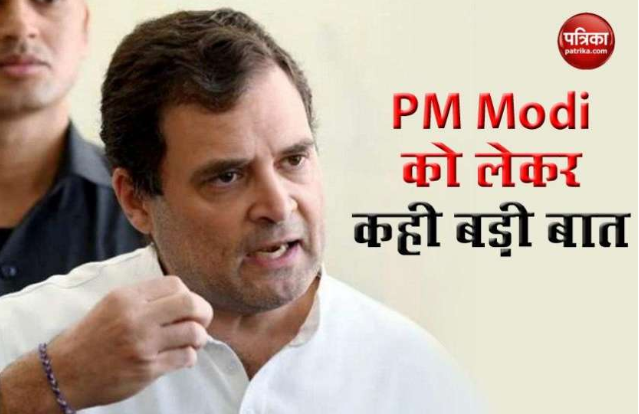 
Actually, Prime Minister Narendra Modi inaugurated the solar project in Rewa on Friday. Rahul has targeted it for calling it Asia’s largest project of 750 MW. Rahul Gandhi retweeted a tweet made by the PMO and wrote- ‘Disobedient!’

After the inauguration of the Rewa Solar Project by the PMO, it was written in the tweet – Rewa has really created history. Rewa has been identified as mother Narmada and a white tiger. Now the name of Asia’s largest solar power project has also been added.


Shivkumar reminded that
Rahul Gandhi is not the only plant in Karnataka who has surrounded PM Modi. Apart from Rahul, Karnataka Congress President DK Shivkumar also wrote on PM Modi’s claim – BJP’s central government is claiming that Asia’s largest 750 MW solar plant has been inaugurated in Rewa.


Then what about the 2 thousand MW solar plant in Pavagada, Karnataka, which was built by the Congress Government of Karnataka in 3 years and is also working since 2018.

Let us tell you that on Friday, PM Modi inaugurated a video conference of a 750 MW ultra mega solar project in Rewa, Madhya Pradesh. On this occasion, he said, solar energy is going to be a big medium of 21st century energy, not today.

It is discussed all over the world how solar energy is so cheap in India. India is becoming the largest market for clean energy. Modi said that Rewa has created history.