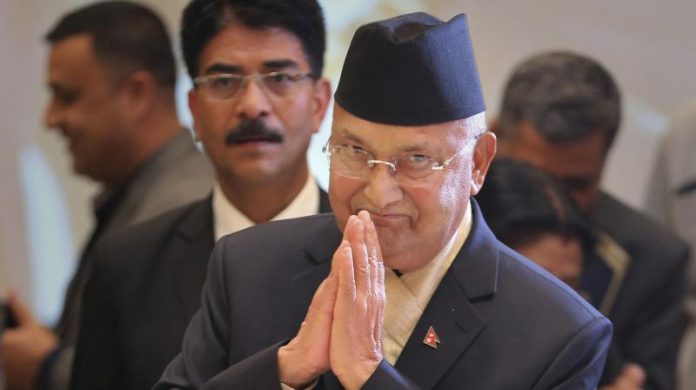 Kathmandu: Nepal on Thursday stopped the transmission of all Indian private news channels except Doordarshan, accusing them of airing reports hurting the country’s national sentiment.

There was no immediate reaction from India on the issue. People familiar with the development said the Nepalese embassy in New Delhi apprised its views to the Indian government over coverage of Nepal’s political developments by the Indian channels.

“We have stopped the distribution of all Indian news channels except Doordarshan,” Dinesh Subedi, the chairman of Multi-System Operator (MSO), foreign channel distributor, told reporters here.


“We have halted distribution of India’s private news channels as they have aired news reports hurting Nepal’s national sentiment,” he added.

The development comes after some Indian channels aired reports critical of Prime Minister K P Sharma Oli and his government.


However, the Nepal government did not officially announce halting the telecast of the Indian news channels.

Minister for Finance, Information and Communication Yuvraj Khatiwada also condemned some of the reports aired by the Indian news channels.

“Nepal government condemns such acts,” Khatiwada said while responding to a question on the issue during a press meet on Thursday. ÂThe government will seek political and legal ways against such an objectionable act,” he added.


Earlier in the day, former deputy prime minister and spokesperson of the ruling Nepal Communist party Narayan Kaji Shrestha said that the Indian media Âmust stop the baseless propagandaÂ against Prime Minister Oli and his government.

“The baseless propaganda by the Indian media against the Nepal government and our Prime Minister has crossed all limits. This is getting too much. Stop with the nonsense,Â Shrestha said in a tweet.

The India-Nepal bilateral ties came under strain after Defence Minister Rajnath Singh inaugurated a 80-km-long strategically crucial road connecting the Lipulekh pass with Dharchula in Uttarakhand on May 8.


Nepal reacted sharply to the inauguration of the road claiming that it passed through Nepalese territory. India rejected the claim asserting that the road lies completely within its territory.

India termed as “untenable” the “artificial enlargement” of the territorial claims by Nepal. India has handed over a diplomatic note to Nepal over the map issue, Nepalese media reports said.