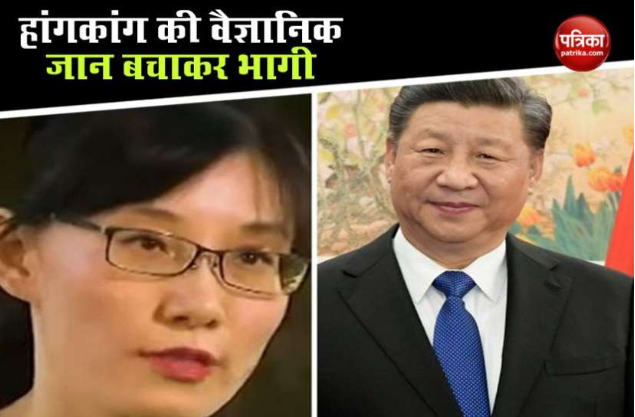 Hong Kong. China has been continuously accused of conspiring to spread the corona virus throughout the world. In this episode, now a Hong Kong scientist has also made similar allegations on China. He says that China was already aware of this and the World Health Organization (WHO) did nothing about it. Dr. Li-Meng Yen, a specialist in virology and immunology at Hong Kong’s School of Public Health, says he was aware of the deadly corona virus and hid it.

Li-Meng, while speaking to the media, has also accused WHO adviser Professor Malik Paris that he has hidden information about this. Paris is also the co-director of a WHO-accredited lab. At the same time, Li Meng is absconding from China. Li Meng said in the interview, ‘I believe that when the Chinese government claimed the corona virus, it was already known. He said, ‘My supervisors are some of the top experts in the field. He too ignored the epidemic.


‘Study on SARS-virus was done in December’

Li Meng alleges that China is trying to tarnish his image. She currently escapes from Hong Kong to save her life. Li-Meng is one of the few experts in the world who first studied the corona virus. He was given by his supervisors in the university / WHO lab to study the cluster of SARS-like viruses found from China in the month of December in 2019.

‘Only then knew it could spread to humans’


Li-Meng said that he came to know about this in December. His friend worked at the China Center for Disease Control and Prevention. Scientist friend had told that in December the possibility of spreading the virus from humans is increasing. While it was confirmed by China or WHO for quite some time. Later in January, the WHO issued a statement saying that according to the Chinese administration, some patients are suffering from serious illness due to the virus. It was then claimed that there was not enough information about it.

WHO has changed its stand


Significantly, the WHO has recently changed the timeline of the virus on its website. His claim that he did not get information about COVID-19 from the Chinese administration. This information has been received from WHO scientists. About six months ago, WHO Chief Dr. Tedros Adenam claimed that China had told COVID-19 to the organization.