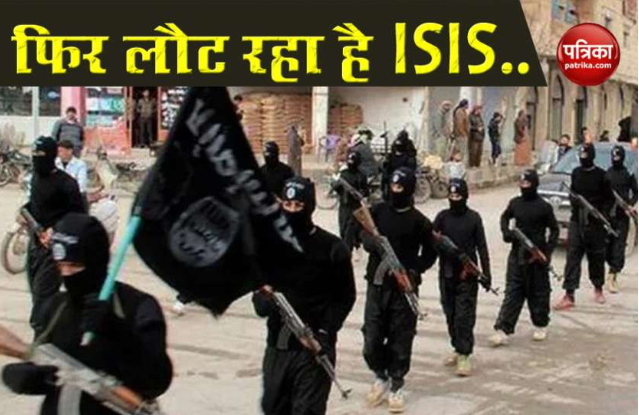 new Delhi. The influence of the terrorist organization ISIS, which carried out terrorist activities all over the world, was slightly reduced when its leader Abu Bakr Al Baghdadi (ISIS leader Abu Bakr Al Baghdadi) was killed by the American Troops. But now once again the second wave of ISIS terrorists (a second wave of ISIS extremism) has started coming again.


Five years ago the United States and the UAE jointly opened a Sawab Center to end the propaganda propaganda of ISIS. The center in Abu Dhabi was established to stop the online promotion of ISIS.

The last five years have proved to be a long time for terrorists. At the time the center was opened, the Middle East landscape was very different. ISIS leader Abu Bakr al Baghdadi waged a new Khilafat, and the Iraqi city of Mosul was captured by terrorists on sight. Thousands of people were coming from all over the world to join ISIS.

But today, ISIS in Iraq and Syria has almost been eradicated and barely exists. Baghdadi has been killed. In such a situation, new people are not being recruited now. However, the threat of ISIS has not yet been overcome. It is believed that a second wave of ISIS is definitely coming on the battlefield of ideas and the real battleground.

ISIS will be seen in West Africa

It is believed that the impact of the second wave of ISIS will be seen first in West Africa. Because there are frequent clashes between the army and the terrorists in West African countries. Last month, US Secretary of State Mike Pompeo said about the ISIS attacks in West Africa, that the United States has asked for a US $ 700 million global fund to continue the fight against ISIS in 2020. .


There was a lot of discussion in the western media after ISIS lost its last territory in March 2019. But ISIS still remains powerful. In the last 15 months, ISIS has claimed responsibility for attacks on places like Afghanistan, Sri Lanka and Nigeria.

It is now being said that ISIS has adopted the online method of fighting. Through this, neither the process of radicalization is halted nor the attack. ISIS is preparing to fight a fierce battle of ideas while continuing the online propaganda war.


However, the UK and Malaysia are jointly engaged to counter this propaganda of ISIS (virtual propaganda war online). The fanatical views are being conveyed through ISIS by people. All efforts are being made to stop such messages. ISIS is using religious messages to attract people.

In such a situation, the whole world will have to go ahead with a new strategy to stop ISIS. Otherwise retreating from the spotlight means that a second wave of ISIS militants is still likely to arrive. Therefore, there is still a need for great vigilance.