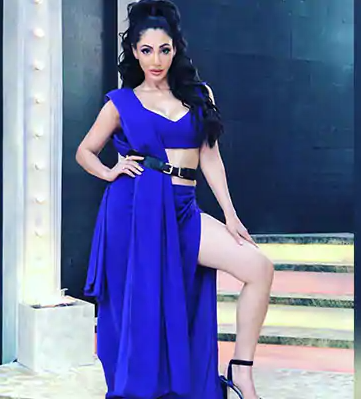 Manmanohini’ actress Rehana Pandit will be seen in the role of Alia in ‘Kumkum Bhagya’. Rehna Pandit has also started shooting for the show.

After the lockdown, GTV’s famous serial ‘Kumkum Bhagya’ is making a comeback in the world of TV with new stories. However, Shikha Singh, who played Alia in Kumkum Bhagya, left the serial even before the show started. In such a situation, ‘Manmanohini’ actress Rehana Pandit will be seen in the role of Alia in ‘Kumkum Bhagya’. Rehna Pandit has also started shooting for the show. Let us know that for the last six years, Shikha Singh was seen in the role of Alia in the serial, but due to pregnancy, Shikha had to say goodbye to the show.


Reyhna Pandit also talked to the media about being a part of ‘Kumkum Bhagya’. He said, “I am very excited to be a part of Kumkum Bhagya, which is one of the top rated shows on Indian television. It will be challenging to play Alia, but I am really thrilled about it. Shikha has done this role for the last few years. Has played well and I hope that the fans of this show will give me their love in the same way as they gave to Shikha. ” Rehana told about her character that there are many layers and many types of shades in it.

Apart from this, Reyhna Pandit also talked about returning the set and shooting again. He said, “It feels great to be back on the set again. Yes, some changes have been made on the set, in which we have to take some rules and precautions. But I think this is the new normal. All these things in such a difficult time Are necessary. I cannot wait any longer when the viewers of this show, which is reopening on July 13, will see new and exciting twists. “