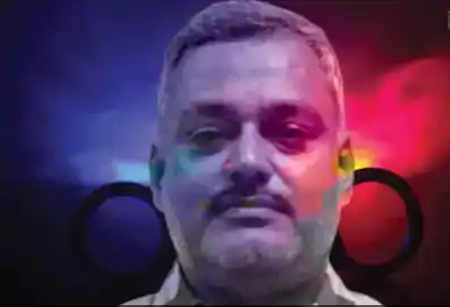 Crime & Politics: All the major parties of UP who accuse each other about criminals are silent. They know very well that their clothes will be torn in this verbal war.

Lucknow.In UP, the country’s largest state, no political party (Political Parties) has such a mouth that can speak two words about criminals. This is because no party is in a position to claim that people with criminal image are not MLAs, MPs or party workers in their party. At first there would have been some chaos, but in the case of panic-stricken Vikas Dubey, there is a strange silence. All the major parties of UP, who accuse each other about criminals, are silent. They know very well that their clothes will be torn in this verbal war. After all, Vikas Dubey is the dearest of all. His connections with the leaders of all the parties have been revealed. So far, the photo has gone viral with Vikas Dubey’s minister Brijesh Pathak, first BSP and currently BJP MP Ashok Rawat, cabinet ministers in SP government Shiv Kumar Beria and Aruna Kori. Similarly, the photo with the first BSP MP and currently Congress leader Rajaram Pal has also become viral. The photo has also come out with SP’s Satish Nigam.


So the ritual payment was done by tweeting one or two. Do you remember that even after several days of the incident, someone asked someone to resign? Matter and facts are 3 years old, but time is absolutely accurate. Let us know what is the real reason behind this silence? Once it is time to know again which party has how many criminal image leaders. Not the outside but the inside. Meaning those who have reached the assembly.


Seeing the scene of the UP Legislative Assembly, it can be easily guessed that despite all the vows between crime and politics in the state, what nexus is going on. The statistics of the Association for Democratic Reform (ADR), the organization that submitted full details of the candidates in every election, reveal this nexus. The 2017 UP assembly election data was also released by the ADR, when out of 403 seats in the assembly, BJP got 312, SP 47, BSP 19, Congress 7 and Apna Dal 9 seats. Three independents also won the election. Out of a total of 402 MLAs, 143 had declared criminal cases against themselves. From the information given by all these Ranbankur in their election affidavits, the heat of rising crime in politics can be measured. BJP tainted