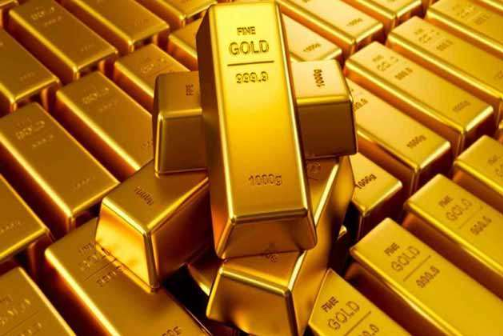 Mumbai: In this time of Corona crisis, the trend of investment in gold has increased. In times of economic uncertainty, people invest heavily in gold, considered safe haven. If you also want to invest in gold, then the time period from July 6 to July 10 is very favorable for you as one can invest in the fourth series of Sovereign Gold Bond Scheme 2020-21. The price of gold bond of this series has been fixed at Rs 4,852 per gram. This has been said in a statement released by the Reserve Bank of India (RBI) on Friday. The central bank announced in April that the government would introduce Sovereign Gold Bonds (SGBs) in six phases from April 20 to September.

The Reserve Bank will issue Sovereign Gold Bond 2020-21 on behalf of the Government of India.


The RBI said that the gold price has been fixed at 4,852 per gram, based on the average closing price of 999 purity gold on the three working days before the bond date. The central bank fixes the price of gold according to the average of the closing price given by the India Bullion and Jewelers Association.

Also Read: Corona to Donald Trump Jr.’s girlfriend, see who is this person in pictures

The central bank has informed that those applying online for this gold bond and paying through digital medium will get a rebate of Rs 50 per gram. The RBI has said, “The issue price of gold bonds for such investors will be Rs 4,802 per gram”.


At the time of the bond brought by the central bank in June, gold was priced at Rs 4,677 per gram.

Special features of this bond: