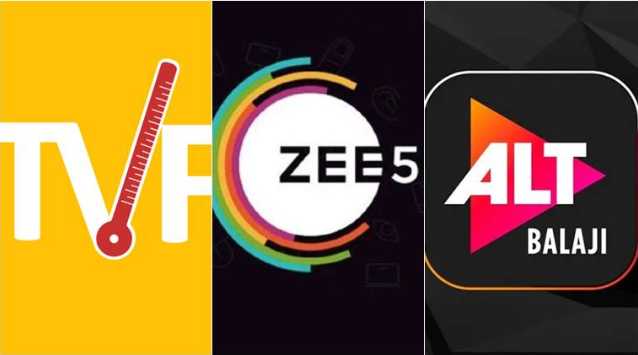 Here’s a list of top Indian streaming platforms if you want to look beyond the content on streaming giants Netflix, Amazon Prime Video and others

There has been a massive spike in the consumption of online shows and movies on OTT platforms due to the Covid-19 pandemic as it has been serving one of the few sources of entertainment for people bound to their homes. Not just youth, people of all age groups have been streaming content on not just streaming giants like Netflix, Amazon Prime Video but on Indian several streaming platforms as well.

Here are the top five Indian streaming platforms where you can stream a range of TV shows/series and movies:

Sony LIV was launched in 2013. There is a wide variety of Indian and international shows/movies available on the Sony LIV app. You can stream live TV channels, sports events like Italia Serie A, WWE, UFC and the upcoming West Indies tour of England. It also has content available for kids, shows from Sony TV channels and etc. The subscription to consume premium content on the app for one month, six months and one year costs Rs 299, Rs 699 and Rs 999 respectively.

Zee5 was launched in 2015. The app has series and movies in Hindi, Telugu, Bengali, Malayalam, Punjabi and other Indian languages. It has critically acclaimed movies like Mulk, Mukkabaaz, Chintu Ka Birthday and others. The platform also has content for kids like Chotta Bheem and The Jungle Book. It can stream news channels as well. The subscription of Zee5 is the same as Sony LIV, Rs 299, Rs 699 and Rs 999 for one month, six months and one year respectively.


Also Read: Amazon announces 20,000 jobs in India: Here is how you can apply

Alt Balaji, owned by Balaji Telefilms was launched in April 2017. Alt Balaji may not have a huge number of movies on the platform but it has a wide variety of shows in Indian languages. Like Zee5, it also has a long list of music videos. The subscription plans are cheaper for Alt Balaji when compared to other streaming apps. A three-month subscription is available for Rs 100 whereas Rs 300 is charged for access to the platform for 12 months.

The Viral Fever (TVF) Play is the only app on the list which lets you stream all of its content for free. Its a combination of seven channels — TV Originals, TVF Qtiyapa, The Screen Patti, Girliyapa, The Timeliners, RC Bold League, Jagran Film Festival. The original content on the app includes mini-series like Permanent Roommates, Pitchers, Kota Factory, etc. The app also has parody shows like Barely Speaking and short video series like Tech Conversations with Dad.

Viacom 18’s streaming platform Voot was launched in 2016. Voot has a mix of popular Indian and international series and reality shows like Master Chef Australia, Roadies, Big Boss etc. TV shows and news channels on Viacom 18 network can be streamed on Voot. It also has a different app for children, Voot Kids. The subscription for Voot can be bought for Rs 99 and Rs 499 for one month and one year respectively.

Coronavirus will remain on share market, financial results will also be kept watch

Coronavirus Crisis can be seen on Share Market next week too Investors will keep an eye on quarterly financial results of major companies,...

According to sources, Sachin Pilot may join BJP on Monday. In the presence of his BJP President JP Nadda, speculations are being made to join...