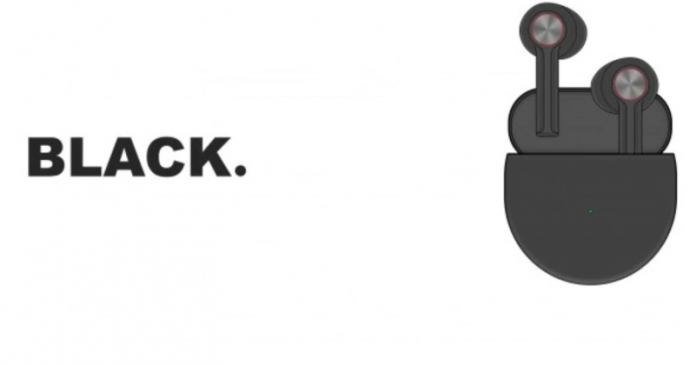 The leak comes courtesy of tipster Max J and could end up being the first look at the black OnePlus Buds.

OnePlus has been rumoured to be working on a pair of truly wireless earbuds, and now we have more proof of its existence. Over the last few weeks, there have been a number of leaks that have shared some details about the product. However, the new leak adds to it by showing off the OnePlus Buds in black color tucked neatly inside a triangular case.


The leak comes courtesy of tipster Max J and could end up being the first look at the black OnePlus Buds. The image reveals interesting design elements about the earbuds, which appear to look like those from the OnePlus Bullets Wireless 2. The buds also appear to bring a premium look, with a brushed aluminum finish on the back of the buds. The in-ear design of the Bullets Wireless 2 looks likely to be for passive noise cancellation. However, it could be quite possible that the new buds also come with Active Noise Cancellation (ANC).

In terms of the design, the OnePlus Buds could be very much like the Apple AirPods with an in-ear bud followed by a stem. Much like other competitors, the stem on this could host capacitive touch controls and gestures. The OnePlus Buds could also be based on Oppo’s recently launched TWS earbuds. They also feature a similar design and as such, some of its functionality could be ported to the OnePlus Buds.


For now, however, this is all in the realm of possibility and with nothing official to go by, it would be prudent to take whatever is being said about the upcoming OnePlus Buds with a pinch of salt. Having said that, the wait for truth may also not be too long. OnePlus is hosting a launch event on July 2 for its new TVs and is also expected to launch a new budget smartphone later this year. It is highly likely that we get more information on the OnePlus Buds at one of the launch events.