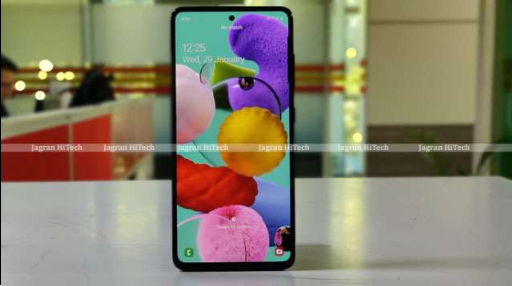 New Delhi, Tech Desk. Samsung is about to add another device to its Galaxy A series soon. The next smartphone of this series can be introduced as an upgraded variant of the Galaxy A51 launched at the beginning of the year . Yes, we are talking about Galaxy A51s, this smartphone has recently been spotted on the Geekbench certification site. The recently launched mid-range 5G chipset processor Qualcomm Snapdragon 765G can be used in the phone. The phone can come with 6GB / 8GB RAM option. In the Geekbench listing, the phone is said to come with Android 10 operating system.


The phone has got 622 score in single core, while multicore has got 1,928 points. The phone can be equipped with dual band WiFi and NFC connectivity features. The same information has been revealed in the listing at the moment. Several major upgrades can be seen in the Galaxy A51s. The phone can feature a 6.5-inch FHD + SuperAMOLED display. Like the previous model, it can also be offered with Infinity-O display and centrally aligned punch hole. The phone can come with 128GB of onboard storage, which can be increased to 512GB via external memory card.


Also Read: Many new features to be added to Google Meet, video calling experience will be better

Like the Galaxy A51 , it can also see quad rear camera set-up. 48MP primary sensor, 5MP macro sensor, 12MP wide angle sensor, 5MP depth sensor can be seen in the back of the phone. At the same time, it can come with a 32MP camera when it comes to selfies. Camera modes such as night mode, super slo-mo, live focus can be seen in the phone. To power the phone, a 4,000mAh battery can be given with a 15W fast charging feature. In-display fingerprint sensor can be used for security in the phone. Like the previous model, it can also be offered with a prism crush design and L-shaped camera features.