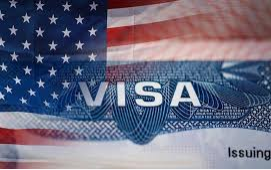 The White House announced that the restrictions were put in place to ensure American workers get first priority.

US President Donald Trump’s decision to suspend H-1B and other work visas, has sparked criticism from technology giants in the country.

Taking to Twitter, Google CEO Sundar Pichai said, “Immigration has contributed immensely to America’s economic success, making it a global leader in tech, and also Google the company it is today. Disappointed by today’s proclamation – we’ll continue to stand with immigrants and work to expand opportunity for all.”

“This proclamation undermines America’s greatest economic asset: its diversity. People from all over the world come here to join our labor force, pay taxes, and contribute to our global competitiveness on the world stage,” Twitter itself tweeted.


Microsoft president Brad Smith said the timing of Trump’s decision was bad, and added that immigrants were playing an important role at this time of crisis.

“Now is not the time to cut our nation off from the world’s talent or create uncertainty and anxiety. Immigrants play a vital role at our company and support our country’s critical infrastructure. They are contributing to this country at a time when we need them most,” he tweeted.

Also Read: UP Board Result 2020: Only four days left in the declaration of 10th and 12th results, results will be released on upresults.nic.in


The White House, earlier in the day, announced that the restrictions were put in place to ensure American workers get first priority as the nation starts recovering from the economic effects of the coronavirus pandemic.

The order freezes new H-1B and H-4 visas, used by technology workers and their families, as well as L visas for intracompany transfers and most J visas for work- and study-abroad programs, including au pairs, through the end of the year.

The issuance of new green cards will also remain halted through the end of the year.

The action will also pause some H-2B visas for seasonal workers, with an exception for those in the food-processing industry.