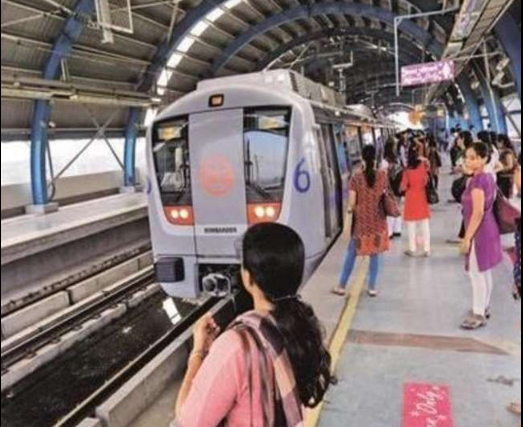 New Delhi [Rannvijay Singh]. Delhi Metro Service News:   The need is felt to start Delhi Metro operations soon. Through the social network, people are also asking the question of Delhi Metro Rail Corporation that when will the Metro service start? Delhi Metro is also ready for operation and all the employees are also on duty.

At the same time, DMRC has once again indicated that it is ready to start operations. It is only waiting for approval from the central government. DMRC has made another tweet saying that we will not break this friendship. Just keep a distance of six feet. People are very fond of it. It is noteworthy that Corona cases are increasing in Delhi. Due to this, the operation of the metro has not been approved yet.


Meanwhile, 20 employees of Delhi Metro have also been hit by Corona. DMRC has informed about this by tweeting on Thursday. However, the health of all employees is improving. DMRC said in its tweet that Delhi Metro is also fighting with Corona along with the whole country. All the employees of the Metro have come back on duty and have shown self-power so that the metro is fully ready to operate again, but some of these employees are caught in the corona.


Managing Director of DMRC Mangu Singh has instructed the employees to follow the physical distance law at the workplace. It is being told that most of the employees suffering from corona have very mild symptoms. Some do not even have symptoms. The health of all of them is improving gradually. Employee morale will prove to be helpful to DMRC once the Metro starts operating.