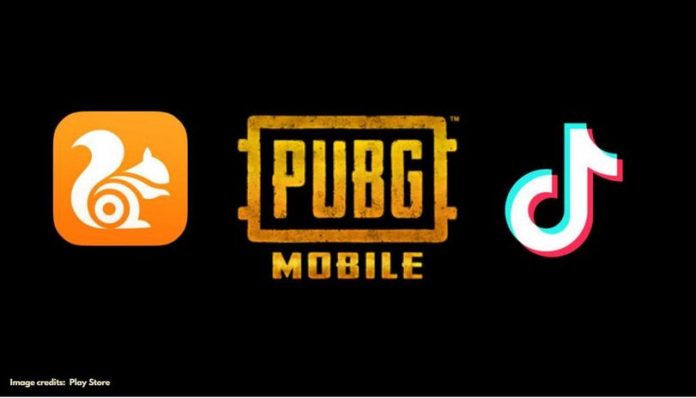 The app ecosystem in the Indian market has been taken over by Chinese applications. Continue reading to check out some of the most popular apps from China.


Chinese app developers have created a wide range of mobile applications over the years that have grown in popularity. These mobile applications have been ruling the app market not only in India but across the world. The applications range from utility softwares and social media platforms to gaming and entertainment. And while some of these apps can be quite helpful, a majority of these are known to pose security risks. So, let’s take a look at some of the most popular apps from China that are found in almost every smartphone.


Is PUBG Mobile Chinese app?
PUBG Mobile is one of the most popular apps from China with over 600 million downloads. Tencent Games, who is the publisher of this battle royale game, is also based in China.

Is Call of Duty Mobile Chinese app?
Call of Duty: Mobile is another highly popular free-to-play first-person shooter from China. The game has been developed by TiMi Studios and published by Activision for Android and iOS.


Is True Caller Chinese app?
The reason we have included True Caller in this list is due to the fact that many users think of it as a Chinese app, but it isn’t. True Caller was developed by True Software Scandinavia AB. It’s a privately held company from Sweden.

Is TikTok Chinese app?
TikTok is one of the most popular apps from China. The social media platform has been growing tremendously since its launch and it offers a range of notable features while allowing users to create a wide variety of videos. The app is owned by a Beijing-based internet technology company called ByteDance


Is UC Browser Chinese app?
UC Browser is a Chinese web browser from a Chinese mobile Internet company called UCWeb. The mobile browser is immensely popular worldwide and has been advertised to offer the fastest downloads on a mobile device.

Is Camscanner Chinese app?
CamScanner is a widely used document scanner app that comes from a Shanghai-based company called INTSIG Information Co. Ltd. It’s an excellent app when it comes to scanning documents; however, it was found that the app had actually introduced a malicious malware which would display intrusive ads on Android devices. The app was already removed from the Google Play Store following the incident; however, it was soon reinstated.

Is Xender Chinese app?
Xender is a Chinese cross-platform file transfer and sharing app that allows users to transfer important data and files between their Android devices and PC/Mac. The app also features connectivity between smart TV and smartphones,


Is WeChat Chinese app?
WeChat is a Chinese social media and mobile payment app developed by Tencent. It is one of the largest and most dominant social media network in China which offers a ton of features to its users.

Is Clash of Kings Chinese app?
Popular multiplayer online strategy game Clash of Kings also comes from Chinese developer and publisher Beijing ELEX Technology Co. Ltd. The game has been one of the top-grossing games on the Google Play and the App Store since its coming out.

Is VivaVideo Chinese app?
VivaVideo is a Chinese app that is mainly popular for editing videos on mobile phones. However, the app poses certain privacy issues and requests too many permissions that a video editing app wouldn’t require.