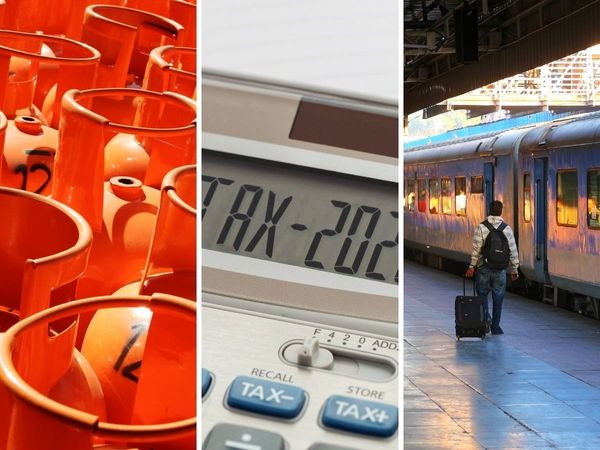 Government and private passenger buses will operate from June 1 in Himachal Pradesh. Pubic transport will resume with reduced services within districts in Tamil Nadu.


New Delhi: As ‘Unlock’ begins in the country on Monday, several things will change across the country. from hike in fuel prices to the resumption of several trains and domestic flights, a lot of key changes will come into effect from June 1. The government’s ambitious One Nation, One Ration Card scheme providing subsidized food grains to 81 crore people of the country will be implemented in 20 states and Union territories of the country.

From June 1 onwards, monuments and museums run by the state government will be opened. Entry will be free for tourists for the first two weeks. These monuments will open from 9 am to 2 am on Tuesdays, Thursdays, Saturdays and Sundays in the first week starting June 1.  Public transport in some states will also resume.

Here are 5 key changes that come into effect from June 1:

2. Partial resumption of passenger trains: Railways has resumed passenger train operation partially from June 1. Railways started running 200 trains from Monday, after a gap of over two months due to coronavirus lockdown across India. Mahanagari Express, the first train among the additional 200 special trains, departed from Mumbai’s Chhatrapati Shivaji Maharaj Terminus for Varanasi. These special trains are in addition to already operational Rajdhani-type trains, and Shramik trains, which are being used to ferry stranded migrant labourers.


3. Income tax deductions: The Central Board of Direct Taxes (CBDT) has notified income-tax return forms for the financial year ended March 31, 2020. The I-T return forms incorporate the recent announcement made by finance minister Nirmala Sitharaman to ease the burden on taxpayers owing to the Covid-19 pandemic. The date for making various investments or payments for claiming deductions under Chapter-VI-A/B of the I-T Act, which includes section 80C (eg: contributions to LIC, PPF, NSC), 80D (mediclaim), 80G (donations), had been extended to June 30, 2020.

4. Unlock: From June 1, ‘Unlock’ 1.0 one has begun. India on Monday began phase-wise unlocking of the coronavirus-induced nationwide lockdown. The first phase will see the reopening of religious places and malls and other public places while educational institutions will be opened in the second phase. In the third phase, the govt will open international air travel, metro rail, etc. Hotels, restaurants, other hospitality services and shopping malls will be opened from June 8 under phase one of the Unlock.


5. Petrol, diesel price hike: Price of petrol to go up in some states. Petrol and diesel prices will increase by Rs 2 from June 1 in Maharashtra as the government hiked the cess on petrol to Rs 10.12 per litre from Rs 8.12 and on diesel to Rs 3 from Re 1. Petrol price in Mumbai will increase to Rs 78.31 per litre and the diesel retail rate will go up to Rs 68.21.

The Jammu and Kashmir government has also increased tax on the sale of petrol and diesel by Rs 2 per litre and Re 1 per litre, respectively. Himachal Pradesh has also hiked rates on the sale of diesel and petrol effective from June 1.