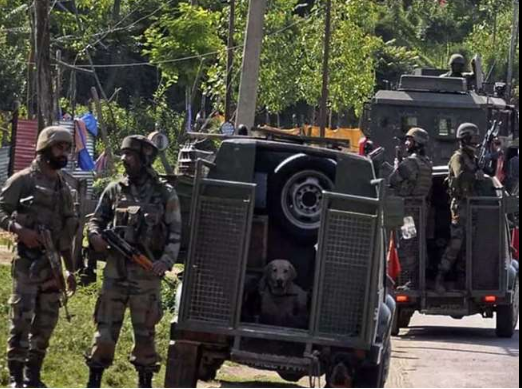 Srinagar, Three Jaish-e-Mohammed militants have been killed in an ongoing encounter between security forces and militants in Kangan Pulwama in south Kashmir. The bodies of the slain militants have been captured by the security forces, while a large number of arms and ammunition have also been recovered from them. Jaish’s top commander is also among the slain terrorists, although the security forces have not yet revealed the identity of the three. An army soldier has also been injured during this encounter. He has been admitted to the Army’s 92 Base Hospital for treatment.

According to sources, the name of the Jaish top commander killed in the encounter is being described as Ikram alias Fauji Bhai. Ikram is the same terrorist whose name was coming in the IED equipped Centro car, which was safely damaged by the security forces in the district Pulwama. IGP Kashmir Vijay Kumar had also taken the name of Fauji Bhai along with Adil in making IED equipped centers cars. Security forces have been desperately searching for these terrorists since that day. However, the police have not yet officially confirmed the death of Ikram alias Fauji Bhai. However, the Army’s Chinar Corps in Kashmir has confirmed on its tweeter that one of the three terrorists killed in the encounter includes an IED expert from the Jaish organization. 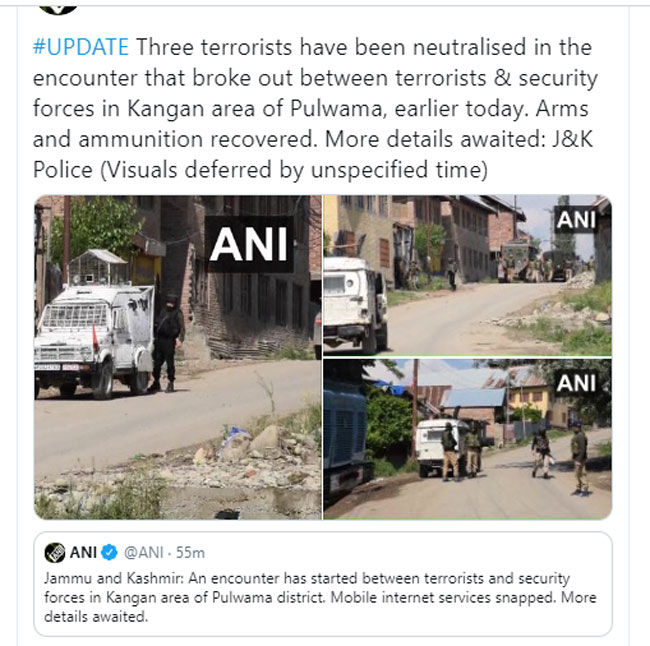 The operation of the security forces has ended and a search operation has been carried out in the encounter site. This was the second encounter between security forces and militants in the district Pulwama in the Valley during the last twenty-four hours. A large number of arms and ammunition have also been recovered from the slain militants.

Earlier, the army had killed 13 terrorists while trying to infiltrate the LoC. 10 militants have been killed in Mendhar sector and three in Nowshera sector. The army recovered 2 AK 47s, US rifles, Chinese pistols and grenades from the terrorists.