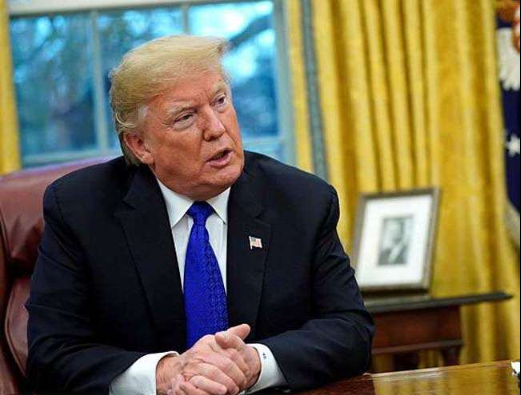 New Delhi, Jeanan . US President Donald Trump, who has caused the worst of Corona’s havoc in the US, has imposed several restrictions on China, declaring the US Health Organization’s relationship with the World Health Organization (WHO).

Trump said on Friday that he was imposing sanctions against China for ending ties with the World Health Organization and for cheating in the Corona epidemic case and atrocities in the Hong Kong case.

Trump at the White House told reporters that he was also going to ban Chinese researchers studying in the US. These people are a serious threat to America’s security. With this, they are also going to take action on those Chinese companies listed on the US Stock Exchange which are not following US laws.


The US is also going to withdraw the special status given to Hong Kong in the field of trade and tourism. Trump also criticized his erstwhile rulers for allowing China to play with American interests. He said that I will not allow this.

Also Read: Donald Trump Says Coronavirus a ‘Very Bad Gift’ from China to The Rest of The World


However, Democratic and Republican Party leaders have given a very slight comment to the restrictions imposed by Trump on China. Trump during this period did not say anything about the ongoing tension between India and China.

Trump has surrounded WHO many times


WHO had also surrounded WHO many times before the Corona epidemic. Trump had recently banned funding to WHO, accusing the Corona virus crisis of acting irresponsibly. Trump said the ban would continue until the WHO’s role in reducing the spread of Corona was reviewed. Trump said that US taxpayers pay $ 40–500 million annually to WHO, while China pays about $ 40 million or less annually. Trump had put the WHO in the dock, stating that he had failed completely in his duty in the outbreak of Corona.

Ranveer Singh, Karan Johar and Arjun Kapoor together made fun of this actor, gave...

India's former captain Mahendra Singh Dhoni is one of the few cricketers who has changed the game. Over the years, Mahi has transformed into...