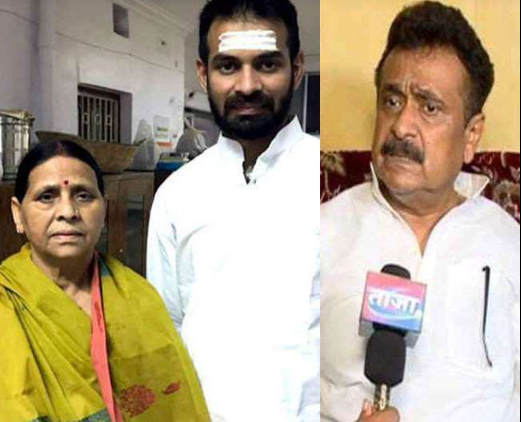 
On Sunday, criminals opened fire at the house of an RJD leader in Gopalganj. His parents and brother died in the incident. RJD leader injured in the incident has named JDU MLA Amarendra Pandey in the FIR. As the accused MLA was not arrested, Tejashwi Yadav tried to march from Patna to Gopalganj as per the earlier announcement. For this, Lalu Prasad Yadav’s sons Tej Pratap Yadav and Tejaswi Yadav and wife Rabri Devi went out with the convoy, but the police stopped them near the residence. During this time the lockdown flew off.

Also Read: Congress has been doing ‘stunt politics’ since the lockdown in the name of besieging the central government!

Reacting to this, Lalu Prasad Yadav’s Samadhi and RJD MLA Chandrika Rai said that action should be taken regarding the kidnapping of the guideline of the lockdown in the era of CoronaVirus Infection. Such a political event should be condemned during the lockdown. Chandrika Rai said that Tejashwi, Tej Pratap and Rabri were guilty of inexplicable crime and that legal action should be taken against them.