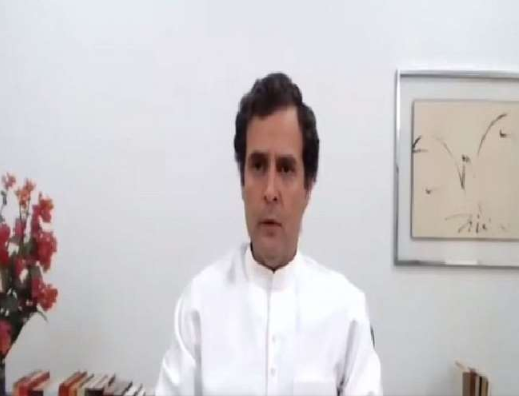 Awadhesh Kumar COVID-19 Lockdown: Former Congress President Rahul Gandhi’s latest statement that the lockdown failed. He also asked that the Prime Minister should give further blueprints. Before this, the public saw how the Congress did cheap politics on buses. It is necessary to discuss it. Priyanka Gandhi Vadra was telling in the tweet and video that the UP government was not giving workers a ride to their homes. Then he said that we are delivering one thousand buses. The Congress people felt that the Yogi government would not accept his proposal and it would get a chance to put the government in the dock.

Contrary to Congress’s expectation, the UP government agreed to take buses. This stirred up because a thousand buses had not been arranged at all. The Uttar Pradesh government shouted at the bar and said that it does not matter, please give us the detailed information about the buses. Congress did not expect this either. In compulsion, he started making noise that our buses were entering from Agra, but permission was not being given. The question arises that why did Priyanka not provide buses to Maharashtra, Punjab, Rajasthan? Even from there people were leaving on foot or unsafe ride. 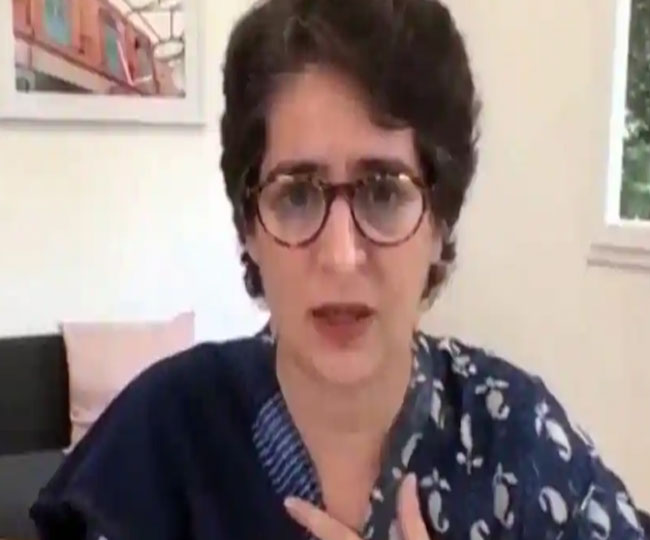 Why Rajasthan government can give buses of its transport corporation to Uttar Pradesh to fulfill Priyanka’s promise, why can’t she improve her situation here? The Congress argues that Priyanka is the general secretary, but the responsibility is on her so that she could worry about UP. If he is only the leader of Uttar Pradesh, then why did the Rajasthan government give buses at his behest? The truth is that the Congress did the politics of stunts like movies to take political advantage of the humanitarian coverage of the returning workers in the media. Perhaps Priyanka’s advisers had explained that if you constantly demand buses, then you will get sympathy and applause. This was a bull-killing politics. He sent a list of 1049 buses. There were only 879 buses in it. Other three wheelers, cars, scooters, There were ambulances. There were 78 buses without fitness. There were 140 buses without insurance. 78 were without insurance and without fitness. There were 70 such people whose data was not available, but Congress entangled the whole country in its stunt for three days.

When you do some politics in a humanitarian disaster and raise a government in the box then it will also answer you in a political way. Yogi Sircar checked each number and name. Priyanka and Congress had no answer. It is beyond comprehension that the longest ruling Congress can do such stunt politics? In Uttar Pradesh itself, two other major parties are BSP and SP. She also criticizes the Yogi government, but both of them did not do so. They know the truth.
In fact, ever since the lockdown began, the Congress has been doing stunt politics in the name of besieging the central government. Sonia Gandhi wrote seven letters to the Prime Minister and made it public through seven media. No other party wrote the letter. A video of Sonia was released in which she was saying that the Congress would pay full fare for the train journey of the workers. Similarly, Rahul Gandhi met the workers twice.
Also Read: Uttar Pradesh Chief Minister Yogi Adityanath is merely an excuse, the target is on migrant workers

Video of Ek was released in film style with songs. Rahul forgot that if the maximum number of workers came out or were removed from any state, then it is Maharashtra. Rahul’s video was against the Congress party itself. In the press conference, Rahul replied that in Maharashtra government we are not decisive, giving support. Have you ever heard any other party say this? In fact, when a party succumbs to disillusionment at the level of policy, leadership and strategy, it performs similar stunts. This is called strategic impoverishment or ideological dogma. When Sonia said that the Congress would pay the railway fare for the non-existent, then Railway Minister Piyush Goyal should have said that right, we accept this proposal and the entire bill of workers’ rent will be sent to 10 Janpath. This would have been the right answer to the Congress stunt.

Watch your behavior of Congress. The UP government used some buses of Rajasthan to bring its students from Kota. In Kota, the UP government had sent 560 buses, because it had information about 10 thousand students and students being stranded, but the number found there was 12 thousand. So UP took the help of 70 buses from Rajasthan. It also urged that diesel be filled in our buses as well. The first diesel bill was 19.5 million, which was paid. After that, Rajasthan again sent a bill of Rs 36 lakh 36 thousand 664 in lieu of rent. The Rajasthan government is saying that the bill has been sought from them. It was the administration’s job to ask for the bill, But what was the responsibility of governance? Now the Bihar government has said that before bringing their students back from the quota, the Rajasthan government had to pay nearly one crore rupees. What a shameful act is this? If the Congress does not seriously change its attitude by revisiting its attitude, then it will continue to fall away from the public eye.

New Delhi, Tech Desk. These days there has been a lot of anger among people about non-Chinese products in India. India remains a large market for...