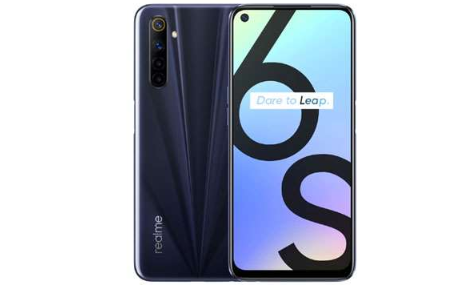 New Delhi, Tech Desk. Realme has launched another budget smartphone Realme 6s. This is a downgraded variant of Realme 6 and Realme 6 Pro, launched this year by the company. It has been launched in Europe. The look and design of the phone is given just like Realme 6. It has also been launched with a punch-hole display and quad rear camera set-up. This smartphone has been launched with Realme X3 SuperZoom . Its cell will be held in European countries from June 2. The phone comes with MediaTek Helio G90T SoC.

Realme 6S has been launched in two color options Eclipse Black and Lunar White. It is offered in only one storage option 4GB RAM + 64GB, which costs EUR 199 (about 16,500 rupees). The phone is currently made available for pre-order. It will be made available for sale from June 2. This smartphone has been launched with a display panel with a 90Hz refresh rate, like both other smartphones of Realme 6 series.


Also Read: Redmi Note 7 Pro: This phone with 48MP camera is getting 249 rupees! Get a bumper discount on Flipkart


Talking about the features of Realme 6S, it has a 6.5-inch full HD plus LCD punch-hole display panel. The resolution of the phone’s display is given 1,080 x 2,400 pixels. Corning Gorilla Glass has been given for the protection of the phone’s display. Due to having a punch-hole display panel, users get the experience of full view display. Its screen-to-body ratio is given 90.5 percent. The phone runs on the MediaTek Helio G90T gaming processor. The phone has a side mounted fingerprint sensor for security.


Talking about the camera features of the phone, the quad rear camera set-up has also been given in its back. Its primary sensor has been given 48MP. Apart from this, the phone has an 8MP ultra wide sensor with f / 2.3 aperture and 119 degree field of view. The phone has a 2MP macro and a 2MP monochrome sensor. The phone has a 16MP camera for selfie with f / 2.0 aperture. To power the phone, a 4,300mAh battery is provided with a 30W fast charging feature. The phone runs on the Realme UI based on Android 10. For connectivity, USB Type C feature has been provided in it.