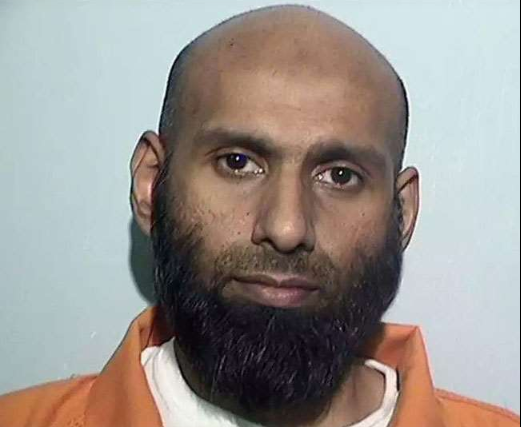 Amritsar, [Naveen Rajput]. The revelations about Al Qaeda terrorist Ibrahim Zubeer Mohammed, sent from the US to Amritsar, have surprised the security agencies as well and they are trying to scrutinize his record. It has been revealed that he used to raise funds for Al Qaeda. The contact in India of Ibrahim Zubeir, originally from Hyderabad, is also being investigated. The National Investigation Agency (NIA) team has also reached out to Juber admitted in the Quarantine Center of Amritsar Medical College. Security and investigative agencies are working to trace the network of Ibrahim Zubeir in India.


Ibrahim Zubeer Mohammed has been kept at the Quarantine Center at Amritsar Medical College, isolated from all travelers from the US. Security agencies are investigating the records of Ibrahim, including his relatives and close ones. ACP Sarabjit Singh said that the police is constantly monitoring him. It is noteworthy that Ibrahim Zubeer arrived at Amritsar Airport on Tuesday with 167 Indians deputed by the US.

Ibrahim kept aside in the Quarantine Center of Medical College, strict vigil by police


A senior intelligence agency official said that Ibrahim Zubeer’s old friends living in Hyderabad are also being monitored. The agencies are trying to find out which of their relatives living in India were in contact after being arrested by the US investigative agency FBI in 2015? It is being told that the NIA team has also reached Amritsar. In the coming days, apart from the NIA, IB officials can also interrogate Ibrahim Zubeer.

Engineer Ibrahim Zubeer Mohammad, a Hyderabad resident, moved to the US in 2002. He met members of the dreaded terrorist organization Al Qaeda in the US. Ibrahim Zuber has been convicted by the US for his involvement in terrorist activities.


According to information, Zubeir was studying in the Ohio State capital, Columbus. During this time he came in contact with the terrorist organization Al Qaeda. After this he also went to Arab countries. In 2006, she married an American woman. At the same time, he started looking after the work of the economic wing of the terrorist organization. During this time his brother Farooq Mohammad also went to America and was in contact with a preacher named Anwar Naseer.

In 2011, Anwar was killed in a US drone attack on terrorist targets. The investigation of the US agency had revealed that Mohammad Farooq used to work for Naseer. The US police arrested him and the court sentenced him to 27 years in prison for his involvement in terrorist activities.


Meanwhile, US intelligence agencies found Ibrahim’s links with al-Qaeda. It was revealed that the terrorist raises funds for the organization. In 2015, Ibrahim Zubeir was also arrested by the US police. In 2019, he was sentenced to five years.

Now with the investigation of intelligence agencies, Ibrahim is expected to make a big disclosure on the activities and contact sources in India. For this, security and investigative agencies are trying to find out who in India he had contact with after going to America. The way he was keeping his contact here is also being investigated. The investigation in the whole case is also expected to provide important information about the conspiracy to spread terror network in the country.