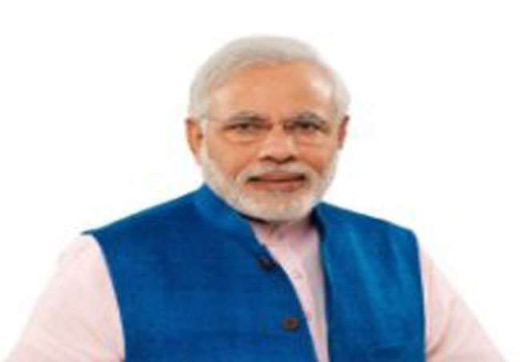 Kolkata / Bhubaneswar, Jagran Team. Cyclone Amphan: Prime Minister Narendra Modi will visit areas affected by Hurricane Emphon in Bengal and Odisha on Friday. According to the Prime Minister’s Office, PM Modi will travel to West Bengal and Odisha to take stock of the situation in view of Emphon. He will conduct aerial surveys and participate in review meetings, where aspects of relief and rehabilitation will be discussed.

Prime Minister Narendra Modi is arriving in Kolkata at 10.45 am on Friday to take stock of the devastation caused by Emphon. On Friday, his plane will reach Kolkata’s Netaji Subhash Chandra Bose International Airport. After this, they will reach Basirhat affected by helicopter. It is reported that during this time, Chief Minister Mamata Banerjee will also be with the helicopter and they will also hold a meeting with the Chief Minister and administrative officials of the state at 11.20 am. After this, along with the Chief Minister, he will reach the Dum Dum Airport at 12.50 pm after surveying the storm affected areas by air and will leave Bhubaneswar at 1 pm.


On Thursday, Union Home Minister Amit Shah called Chief Minister Mamata Banerjee, then Mamta had told Shah that once PM Modi visited the state, it would have been good to see the devastation. After this, during the press conference also Mamta said that PM has been requested to come to Bengal. Earlier, the Prime Minister also stated on Twitter that Disaster Response Teams (NDRF) were working in areas affected by the cyclone. The top officials are working with the Government of Bengal. Keeping an eye on the situation. There will be no reduction in the efforts of the general public. It is also learned that in the conversation with Shah, Mamta said that getting help after 500 days will not help. This necessitates immediate financial help.

Meanwhile, state BJP president and MP Dilip Ghosh said that we have also received news that the Prime Minister is coming tomorrow. Not officially known yet. Mamta’s appeal was answered by the Prime Minister. This shows how human it is. He can go to Basirhat. Will probably see in a helicopter. I’ll find out the details later.

Security has been beefed up at Bhubaneswar Airport in view of the Prime Minister’s visit. Odisha Intelligence Director Satyajit Mahanti, Police Commissioner Sudhanshu Conspi, ADG Soumendra Priyadarshi along with senior officer Veerwar suddenly arrived at Bhubaneswar Airport to take stock of the security arrangements. At the time of Hurricane Phani, the Prime Minister took stock of the damage in Odisha.


Amphon has caused havoc in Odisha and neighboring states of West Bengal. There has been extensive damage in Odisha, particularly in Jagat Singhpur, Kendrapada, Bhadrak and Baleshwar districts. Rough houses have collapsed, while thatch has blown away. Apart from this, big trees have collapsed. Electricity service has also come to a standstill in these districts.