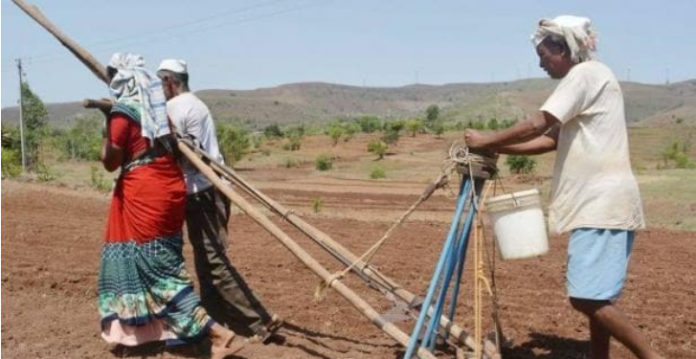 On the death anniversary of former Prime Minister Rajiv Gandhi, the Chhattisgarh government has started an ambitious scheme. Congress interim president Sonia Gandhi and Chief Minister Bhupesh Baghel launched the Rajiv Gandhi Kisan Nyaya Yojana. On this, Sonia Gandhi said that the whole party is happy with the introduction of the justice scheme.


Sonia Gandhi said that Rajiv ji had a lot of love for Annadata farmers, especially women and tribal farmers, so he used to periodically communicate among them and seek information about problems. He believed that farmers and agriculture are the real capital of India’s development.

Also Read: Coronairus Lockdown: Political fight in UP over buses for migrant workers and workers

At the same time, Congress spokesperson Randeep Surjewala said that, ‘The historic beginning of Rajiv Gandhi Kisan Nyay Yojana was started in Chhattisgarh under the leadership of CM Bhupesh Baghel. 19 lakh will go directly into the account of 7500 rupees for the farmers who produce paddy, maize and sugarcane. Today the first installment of 1,500 crores will go. Hope the Indian government will learn from this unique initiative.


At the same time, Chhattisgarh Congress said, ‘When Rahul Gandhi talked to Nobel laureate great economist Abhijeet Banerjee, he too said that the only way to empower the farmers is to direct funds to their account. Today we have done it.

At the same time, the Chief Minister of Chhattisgarh, Bhupesh Baghel said that under this scheme 18 lakh 34 thousand 834 farmers will be provided Rs 1500 crore as first installment for paddy crop. 9 lakh 53 thousand 706 marginal farmers, 5 lakh 60 thousand 284 small farmers and 3 lakh 20 thousand 844 big farmers will benefit from the scheme.